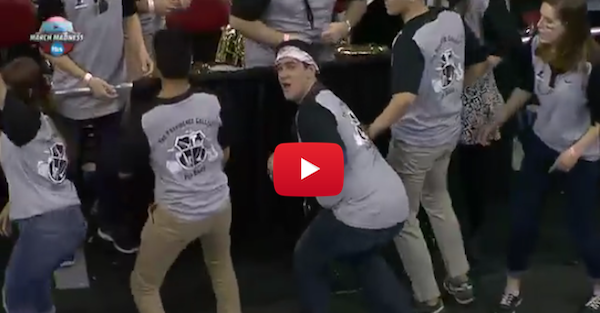 UNC and Providence played the last game of the night and so things got weird late at night. The two bands decided it was a good idea to have a dance battle. Naturally, with all those band geeks and nerds in one confined space, things were bound to get weird. They most assuredly did.

For you music enthusiasts, that was Flo Rida’s “Low” playing in the background and the poor attempt at getting “low” was probably something people were hoping not to see in their lifetimes. Just please stop the rump shaking, humans can only handle so much!