This is easily the worst officiating in college basketball this season 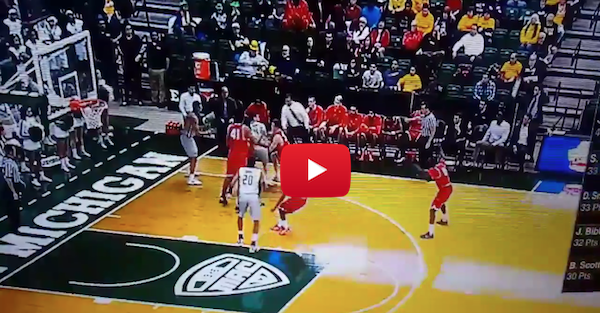 Ball State and Eastern Michigan played some serious MAC basketball on Saturday and things got super weird at the end. With the game close and already in double overtime, the refs seemed to be pretty tired and just refused to make a call at the end of this game.

With EMU up 87-85 the Eagles had to foul to put Ball State at the free throw line and get the ball back. It seems they tried to do that, but with the refs not calling anything they got the ball back and Francis Kiapway was able to knock down a triple to win the game and end this officiating fiasco.

When you want to complain about officiating where you are, remember this from the MAC. My word. Ball State wins. pic.twitter.com/Jz1Mdo4LFi

There were only about three jump balls, two travels, and too many fouls to count that should have garnered a whistle there. So remember, when you think your conference officials are bad just remember that these guys exist.