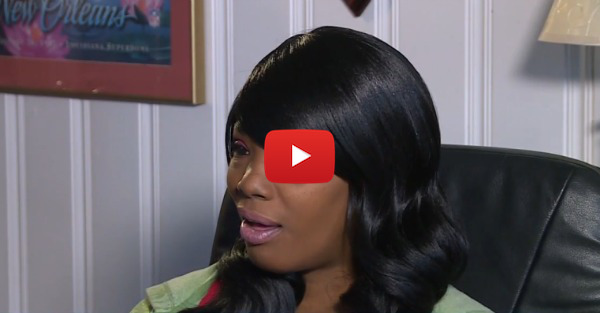 This is the woman who could bring down the Louisville basketball program.

Katina Powell — a former stripper who worked for an escort service — alleges she was paid a total of $10,000 by former graduate assistant coach Andre McGee to arrange parties for recruits and players between 2010 and 2014. Powell told Outside the Lines in an extensive interview that McGee also supplied cash for “side deals,” which included sex with some recruits, guardians who accompanied them on visits and some Louisville players. One former recruit and several former players have confirmed the allegations. Her daughters — Lindsay and Rod Ni Powell — claim they had sex with players at their mother’s request.

Head Coach Rick Pitino says he’s in the dark. “I don’t know if any of this is true or not,” Pitino told ESPN’s Dana O’Neil and Yahoo! Sports in a conference call Tuesday. “There’s only one person who knows the truth (Andre McGee), and he needs to come out and tell the truth to his teammates, to the University of Louisville, to his fans and to his coaches that have taught him to do the right thing for years and allowed him to be part of something special here.”

In the meantime, Powell’s daughter — Rod Nii Powell — is having a good time on Facebook, in essence, taunting those who don’t believe the allegations.