This is the ultimate five-star ankle breaker 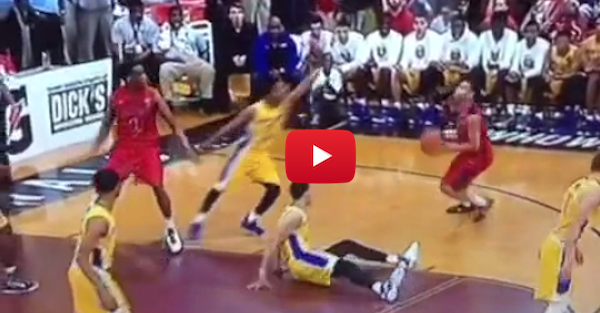 The class of 2015’s No. 1 overall recruit in Ben Simmons somehow found himself switched on to five-star guard Derryck Thornton. The 2016 guard dropped the big man to the floor and did it with no regard for big man ankles!

Good thing Simmons won’t have to worry about guarding little guys in college because it clearly won’t work out for him. For Thornton, he already had offers from Duke, Louisville, Arizona, Kentucky, and many others, but it looks like he might be an even hotter commodity since that video has gone viral.