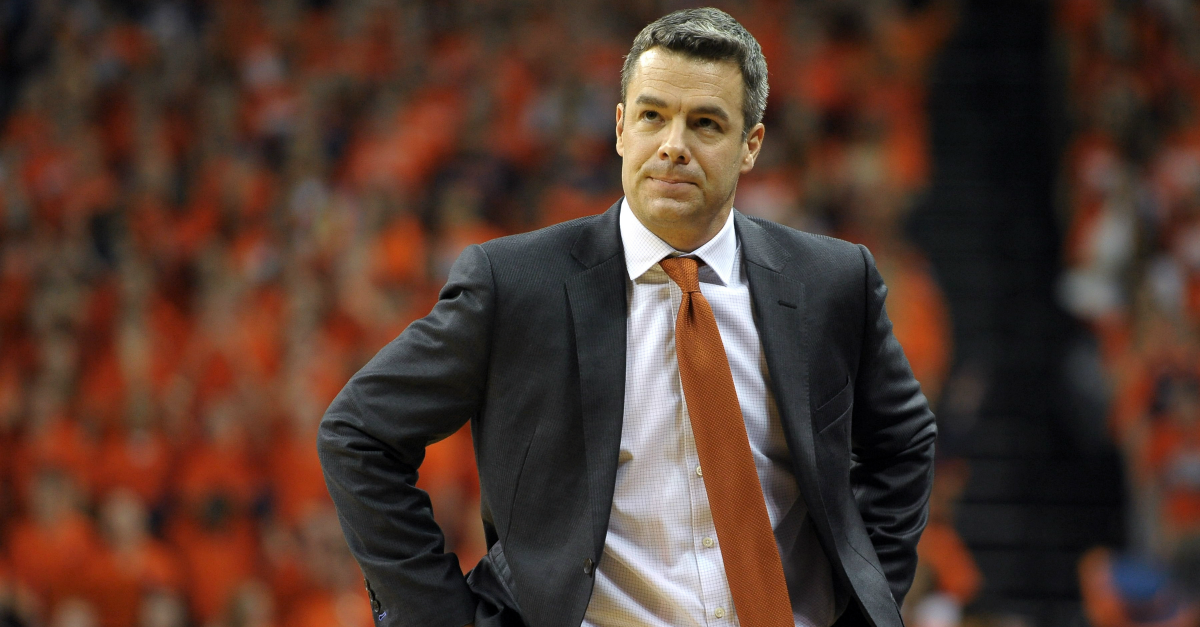 Virginia head coach Tony Bennett was named the USBWA’s Coach of the Year on Monday despite his team being knocked out of the NCAA Tournament by Michigan State and Tom Izzo in the Round of 32.

Congrats to Tony Bennett of @UVAMensHoops, winner of the 2014-15 Henry Iba Award http://t.co/bO4kfpgD6n

The United State Basketball Writers Association gives out the Henry Iba every season for the best regular season coach and Bennett was just that with a 30-4 record and his Cavaliers won the ACC regular season title for the second straight year. Bennett also won the award in 2007 at Washington State, making him the ninth coach to win the award at two different schools. The award is voted on by all members of the USBWA at the conclusion of the regular season. The USBWA has presented a National Coach of the Year Award each year since the 1958-59 season.