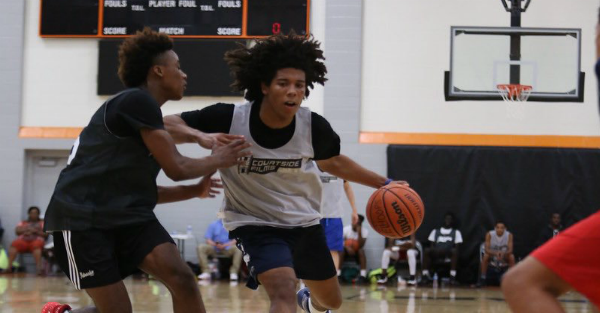 Tyger Campbell, a four-star point guard prospect, has committed to the UCLA Bruins. He made his announcement on the mean streets of Twitter.

I am excited to announce my commitment to play for the UCLA Bruins! #blessed pic.twitter.com/4N9jlse1t6

This ends a strange recruiting process for the young man. Once, for some reason, committed to the DePaul Blue Demons, Campbell reopened his recruitment back in September. He also made that announcement on Twitter.

“First off, I would like to thank DePaul University and the city of Chicago for their show of love and belief in me. After great consideration and with the full support of my family, I have decided to open my college recruitment effective September 1st. I am thankful to all the coaches, colleges, friends, and family that have stood by me during this journey. I am ready to embark fully into this process and make a well informed decision on where I will attend college.”

He was expected to announce his college choice last Thursday, choosing either the Blue Demons, Purdue, UCLA or Maryland. That, obviously, never happened.

At the time of his commitment to DePaul back in May, he was the nation’s No. 25 recruit in the Class of 2019, according to 247Sports.com’s composite rankings. His stock as dipped slightly since, due to reclassifying as a member of the 2018 class, as he’s now at No. 72 on the national composite ranking and No. 13 among point guards.

Nevertheless, this is a huge get for the Bruins. Campbell is an explosive guard with a high ceiling.