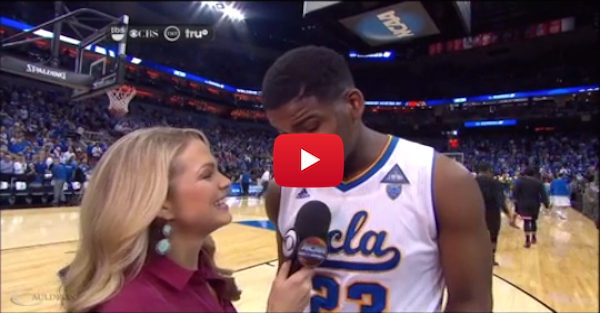 UCLA big man Tony Parker was understandably giddy and excited about his team’s win over No. 14 seed UAB and might have just run out of things to say after Allie LaForce interviewed him after the game. But this is the one thing you can’t do as a player, especially since LaForce is married!

It appears that Parker tried to hit on LaForce, which would be bad form. LaForce is a pro and just played it off smoothly.