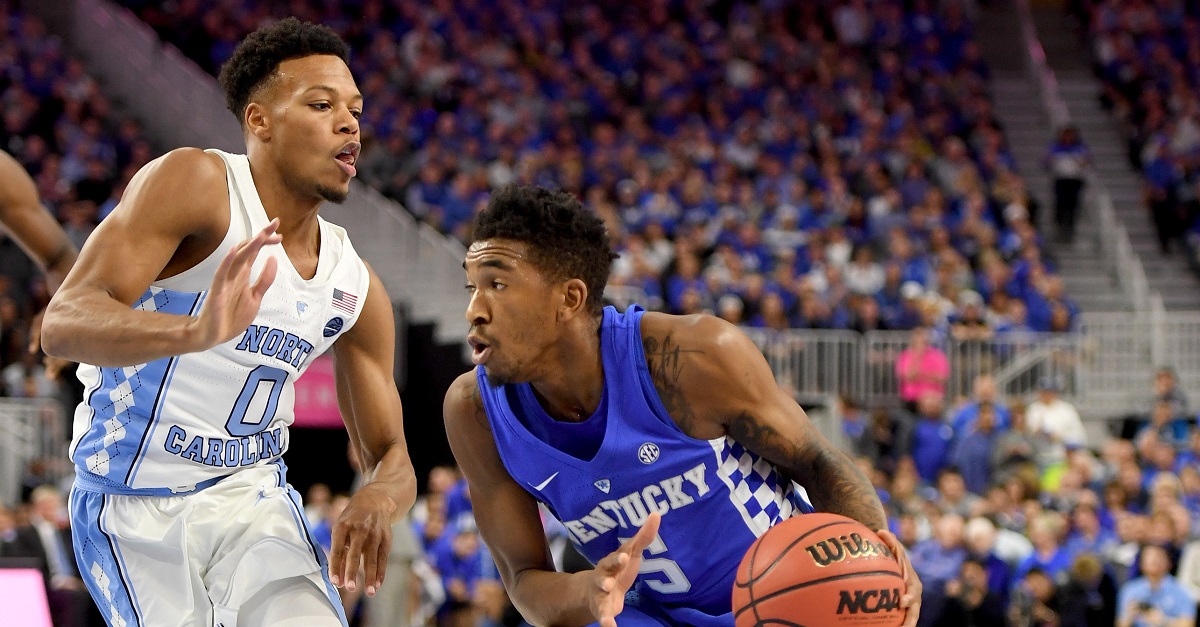 No.6 Kentucky and No. 7 North Carolina met in the CBS Sports Classic and the game became an instant one of those. Since there wasn’t any defense played throughout the game, that led to some seriously high scoring from both teams. Kentucky prevailed in the end 103-100 thanks to an astounding 47 points from Malik Monk.

That set a new freshman record for Kentucky and it’s the most points scored by anyone in the country this season to boot. He shot 18-of-28 and made eight of his 12 three-pointers. He was absolutely on fire and was hitting shots with guys in his face, two guys on him and of course wide open. That kind of effort should catapult into the top five of people’s NBA mock drafts.

RELATED: UNC could already be destined for the Final Four

UNC wasn’t going to be outdone though as they had a 30-plus scorer of their own. Justin Jackson had 34 points and Joel Berry had 23 as well. Kentucky’s De’Aaron Fox was the other high scorer of the game with 24 points and this game is one that should be replayed many times before March comes around.