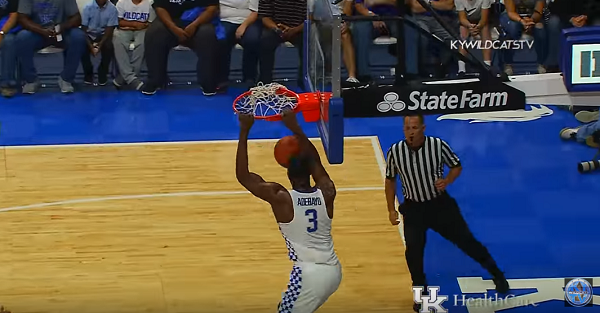 Kentucky is expected to be a top tier team again this season with the addition of several five and four-star players in the 2016 class. Malik Monk, Bam Adebayo, De’Aaron Fox, Sacha Killeya-Jones and Wenyen Gabriel are the guys who will be expected to be great as freshmen this season.

RELATED: Kentucky expected to have insane amount of NBA personnel at pro day

They didn’t disappoint against John Calipari’s alma mater in Clarion either with a 108-51 win. The Wildcats also had 29 assists on 44 made shots and made 61 percent of their shots on the night. They also corralled a ridiculous 51 rebounds for the game and forced 26 turnovers.

Kentucky has one more exhibition game against Asbury on Sunday before rolling into a tough non-conference schedule that starts with a game against Stephen F. Austin.