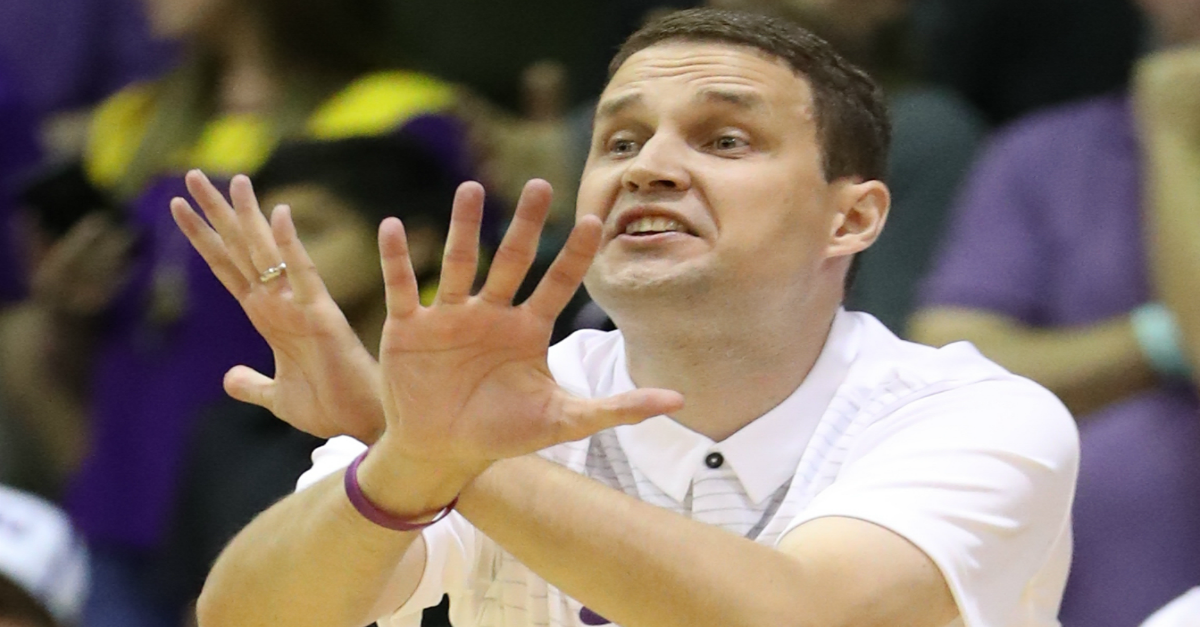 The LSU Tigers have dismissed Mayan Kiir and Galen Alexander from the team and suspended Brandon Rachal and sophomore Wayde Sims.

Tigers head coach Will Wade made the discipline official during a news conference Monday night. He said that all four players were involved in separate, undisclosed incidents that led to their differing levels of punishment.

It is worth noting that all four players were seeing time for LSU this season, but in minimal roles. While the optics aren’t ideal, this shouldn’t really hurt the Tigers too much from an on-the-court perspective, though some depth is obviously lost.

Kirr, who transferred to be with Wade at LSU, is going to be off the team from the remainder of the season, with a chance to be reinstated at the end of it.

“He’s somebody who’s going to take a leave of absence as well,” Wade said, “but he could possibly be back. He’s not dismissed or anything like that. He needs some time. We gave Galen a little time earlier this season away from the team to try to get some things in order. We’re going to give Kiir some time. Just like most young kids, young men, young freshmen need as they adjust to college and some of the pressures of college.

“We’re going to give him some time. If he meets certain standards we’ve clearly laid out for him, there’s a possibility he could return to our team at the end of the semester. He clearly knows those standards. It’s on him for how he does. We’ll see how much he wants to be here.”

It is not yet known what happened with any of the four players.

From the sake of cleanliness: According to Wade, Alexander won’t look for another new place to play hoops until the end of the season, but he’s done being a member of the team; Kirr might stay, but needs to earn it; and Rachal and Sims will serve one-game suspensions.