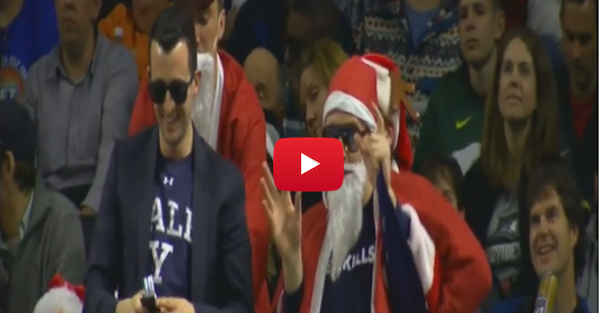 Those are not the gifts March Madness fans were looking for when Yale Santa appeared on the TV screen. One Yale fan was really feeling himself and clearly hates him some Duke. He was flipping double birds to somebody and this is why March is filled with Madness!

Yale was down by more than 20 at halftime and clawed its way back within four points and that might have been a good reason why Santa got a little overzealous in his “cheering.”