AP Poll Week 6: A new team emerges in the Top 5 after USC loss 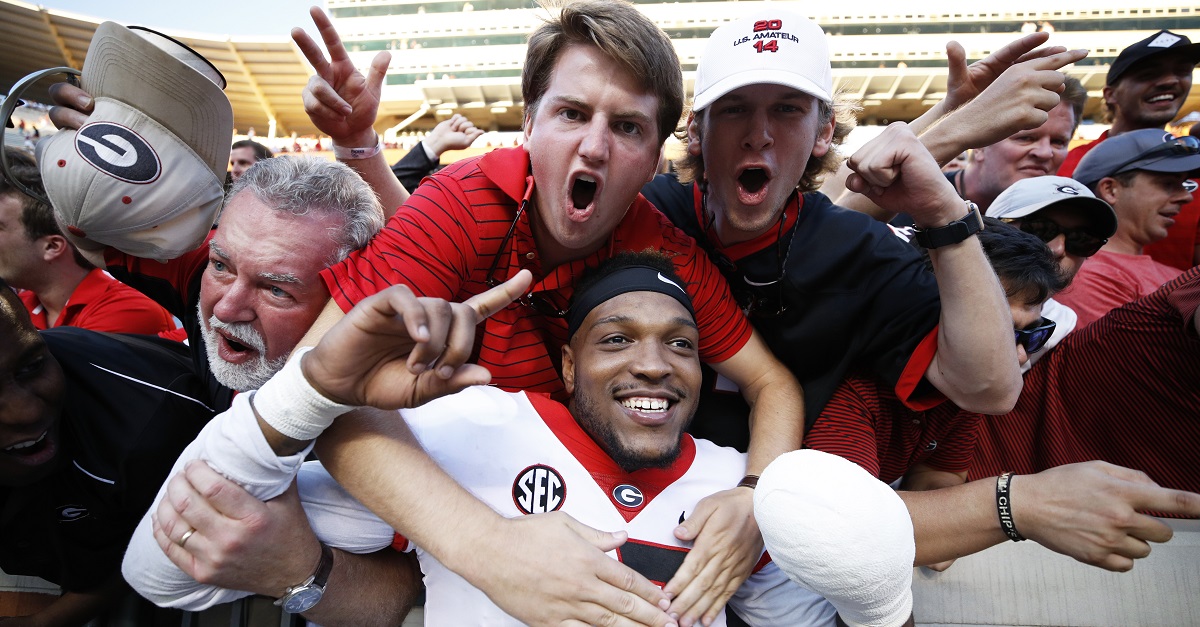 After Week 5 of action, the Georgia Bulldogs are now a Top 5 team in the AP Poll.

Georgia blew out Tennessee in Neyland Stadium on Saturday by a 41-0 score, and the Bulldogs were rewarded with the No. 5 spot after USC lost on Friday to Washington State. Georgia was No. 7 the previous week, jumping Washington as well — who won 42-7 over Oregon State — in order to jump to fifth.

Another fun one: Clemson has gained more ground on the No. 1 ranking in the AP Poll. Last week Clemson had eight first-place votes, but now they are up to 17 while Alabama is down to 44. Oklahoma, who had a first-place vote last week, did not receive any after a BYE week.