This 300-pound defensive end can dunk a basketball and no, we aren’t joking 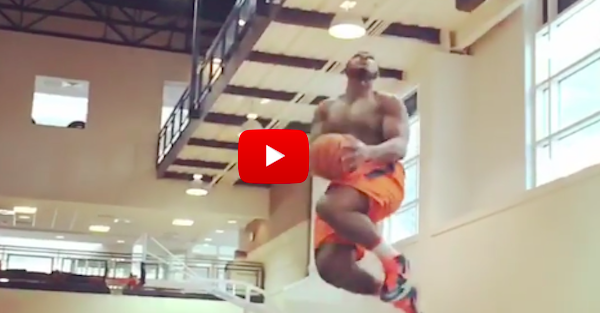 Meet Jihad Ward. He is a 300 pound defensive end out of the University of Illinois, and he can probably dunk a basketball better than you. Ward, who posted the video on his Instagram earlier this week, is indeed participating in this weekend’s NFL Scouting Combine, will hopefully get to show some of these skills off for scouts. According to the NFL Draft’s official website, some of Ward’s strengths include his quickness, and the fact that he can play both end and tackle. I think we’re all excited to see this guy’s vertical during the Combine after this video.