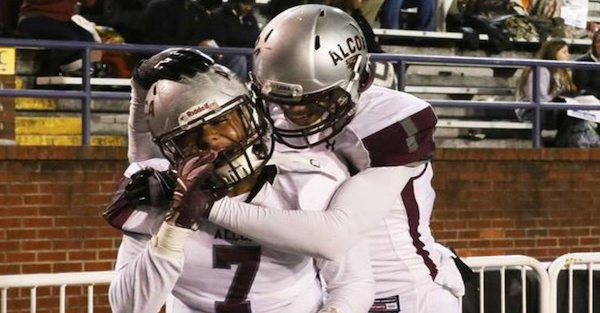 Tykee Ogle-Kellog, a four-star wideout recruit in Tennessee, revealed via Twitter he is going to announce his commitment next week.

Committing next week stay tuned, and don't ask me to who y'all will see next week🤙🏽😈

Ogle-Kellogg is careful not to drop any hints about where he’s going to commit to next week, but Ogle-Kellogg has gotten a number of offers from big-time schools thus far.

The 247Sports crystal ball has all five predictions saying Ogle-Kellogg will commit  to the Tennessee Volunteers.

Ogle-Kellogg winding up at Tennessee does make sense, as does play in the state and it’s arguably his biggest program offer thus far.

According to 247sports’s own rankings, Ogle-Kellogg is the No. 43 ranked wide receiver in the nation and No. 10 player in the state of Tennessee.