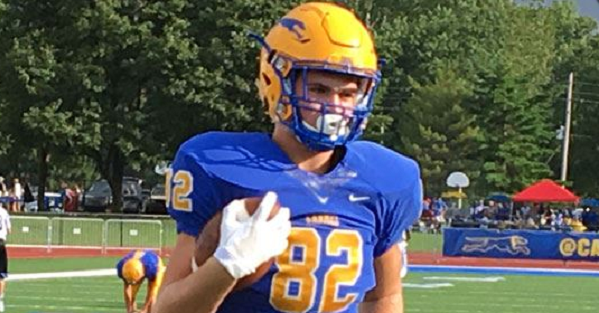 In the aftermath of Kevin Wilson losing his job as the team’s head coach, the Indiana Hoosiers face an uphill battle when it comes to recruiting. The program elected to stay in-house by promoting defensive coordinator Tom Allen to the No. 1 position and that should allow for continuity. However, not everything is easy on the recruiting front when a change happens at the top and the Hoosiers lost an important recruit recently.

“I just want everyone to know I really enjoyed the process with them. They treated me with the utmost respect and I felt part of the family and I was very excited to spend four years there, but at this time with all the changes there I think the best course of action is to open my recruiting.”

In the meantime, Rafdal is reportedly eyeing the Nebraska Cornhuskers for his college decision, and that would be an immense coup for Mike Riley. Rafdal ranks as one of the 10 best prospects in this class from the state of Indiana and the fact that the Huskers could steal him away could be make waves.

Rafdal, as part of that same interview with 247Sports, indicates that Indiana is still a player for his commitment and Iowa is also in the mix. Still, there are some signs that Nebraska is in the driver’s seat right now and the Huskers could certainly use another talented tight end.