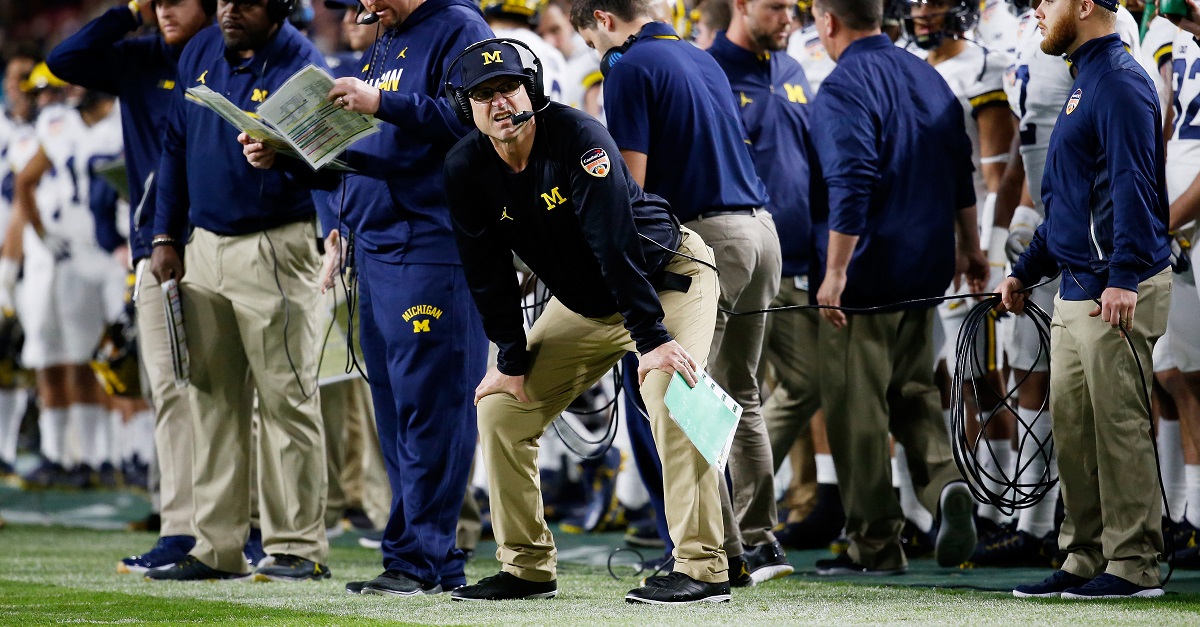 The Michigan Wolverines had a huge weekend when it came to the 2017 NFL Draft. Jim Harbaugh and company placed more players within the seven-round process than any other school and that, of course, is a pretty decent indication of the type of talent Michigan brought to the playing field every Saturday in 2016.

However, one person in the college football world wasn’t exactly singing a positive tune with regard to Michigan, as Florida State tight ends coach Tim Brewster indicated the following.

Of course, Florida State downed Michigan in a wild and wacky Orange Bowl at the end of the 2016 campaign and this is a bit of trash talk after that victory. It does, however, land in an odd way given the fact that it wasn’t as if the Seminoles were dominant or that the game “mattered” beyond the normal context of a bowl game setting.

Still, Michigan got the last laugh.

Most draft picks by school:

None of this stuff really matters in the context of winning college football games but it helps to have immense talent on the field and Michigan has been doing that under Jim Harbaugh. The next time these two teams match up, though, could produce a bit of extra motivation for those clad in maize and blue.