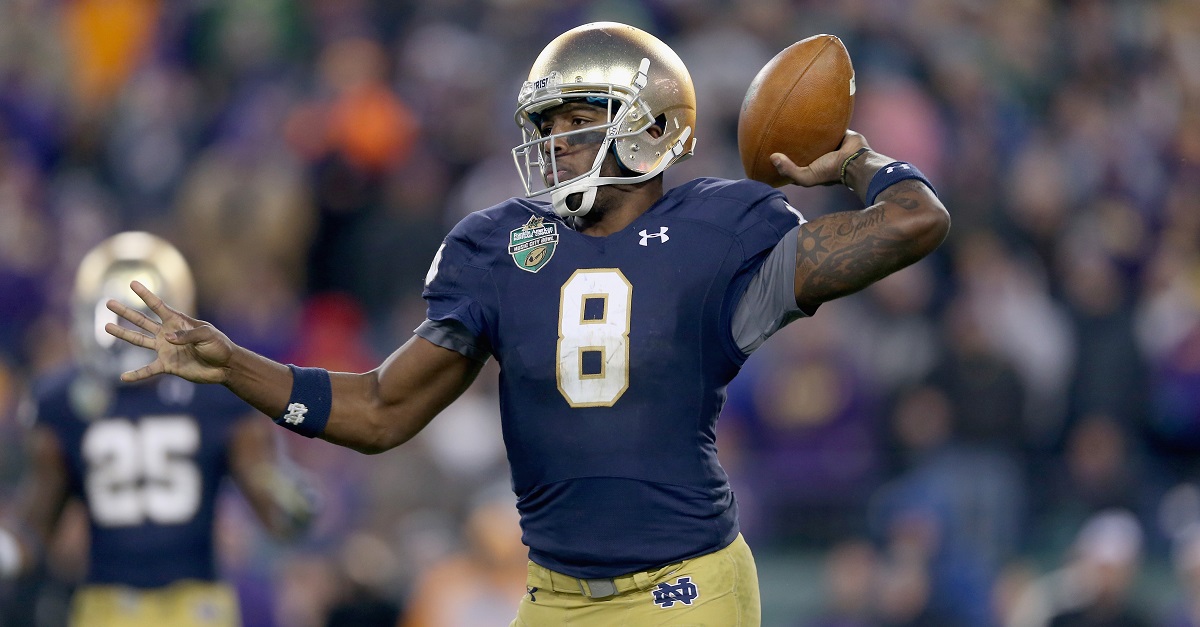 It looks like things could be changing with regards to the transfer of Notre Dame quarterback Malik Zaire.

Zaire announced his intention to transfer earlier this year, and Wisconsin and North Carolina were seen as early leaders for his services. Florida was considered an early leader as well, but the Gators need a rule change in order for Zaire to transfer.

Florida is currently restricted from taking on grad transfers after past transfers failed to complete academic requirements once enrolling in Gainesville. The Gators could be getting that rule changed, though, as according to 247Sports, SEC Commissioner Greg Sankey says the rule will come up at the conference’s spring meeting in May.

“It will come up,” Sankey said.

“I do think we need to look where we’ve been restrictive in the past because of the absence of national rules and look at reducing some of those restrictions. I’m one who would position it as interest in freeing things up without just removing every restraint, because I think the restraints have been healthy for us.”

Zaire has continued to express interest in transferring to Florida, and getting the rule change to allow that to happen would be an absolute coup for Jim McElwain and the Gators. Florida still needs a quarterback to help establish their offense, and Zaire showed promise at Notre Dame before an injury knocked him from the starting spot.

If the rule doesn’t get change, then it will leave Zaire in a weird spot, as it will be getting really late in the process for him to make a decision on his transfer.