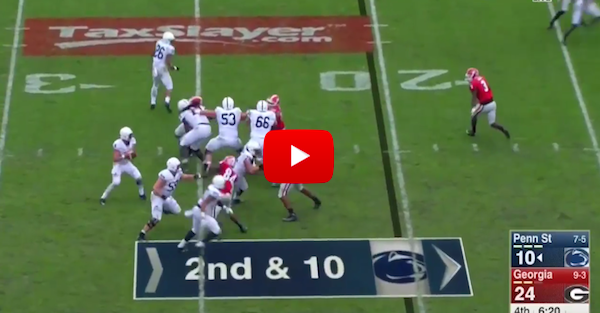 Yes, apparently Russian college football announcers are a thing — who knew? Anyway, the TaxSlayer.com bowl featured a pretty exciting ending — Penn State was able to pull within a touchdown on a beautiful 20-yard pass from Penn State quarterback Trace McSorley. Timothy Burke from Deadspin hilariously posted a tweet with the Russian language broadcast of the play — notice how the announcer is thoroughly unimpressed with the great and exciting play.

This isn’t the first time we’ve heard announcers call American football using different language — these Spanish-speaking announcers called this missed field goal in the Broncos-Bengals Monday night football game from last week and that call was as unforgettable as the result.

I like the Russian one better, personally, just because it’s pretty funny how flat he is the entire time during the exciting Penn State touchdown.