247Sports names Venables as defensive coordinator of the year 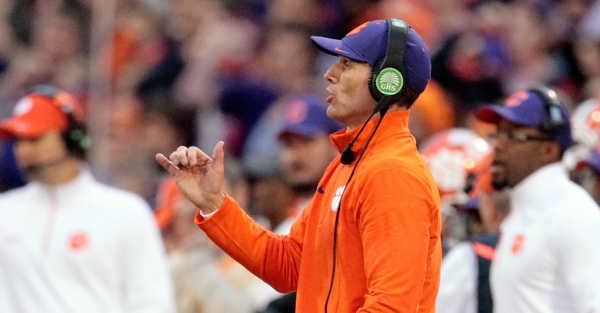 Clemson quarterback Deshaun Watson and head coach Dabo Swinney have been getting a lot of love and attention from the media recently. Watson has won a couple of awards as well as his coach, but the man who might have gotten them both to the national championship is finally getting some recognition.

Defensive coordinator Brent Venables lost three guys along his defensive line to the NFL Draft to start the 2015 season and he took this young group of players and made them almost as great as last year’s group. He had Shaq Lawson leading the country in tackles for loss and had a strong secondary with Mackensie Alexander and Jayron Kearse patrolling the passing lanes.

Venables took a unit that was only getting back three returning starters and made them elite again. For this, he is being named as 247Sports’ Defensive Coordinator of the Year. Among the highlights statistically, Clemson’s defense led the nation in tackles for loss with 126. It was second in sacks with 48. Clemson was also in the top five in both third down conversion percentage (27.7%) and opponents’ first downs (15 per game). The unit was 10th in total defense nationally, giving up 313 yards per game.