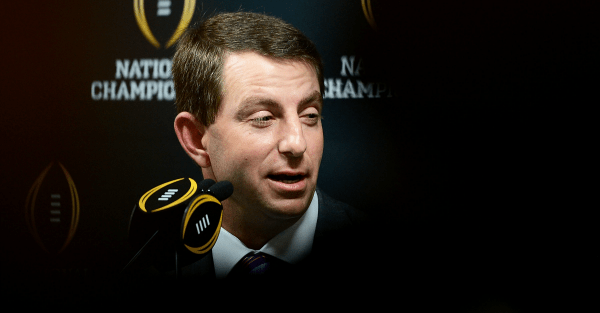 Clemson decided it was high time to reward head coach Dabo Swinney with a new and very lucrative contract. It will be worth $30.75 million in base salary over the course of its life and here’s some of the breakdown until it runs out in 2021.

I would say that Swinney is pretty set and should be the Tigers’ coach for a long time to come.