Clemson could be without its best cornerback tonight 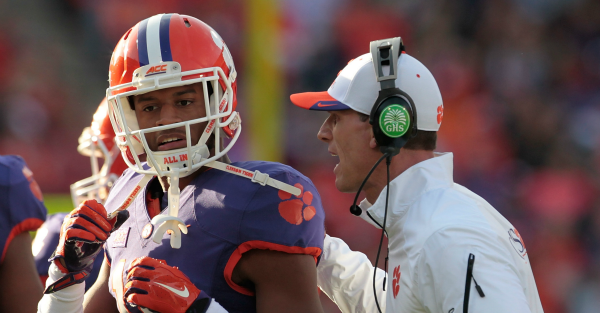 Mackensie Alexander has been a huge part of Clemson’s defense this year at cornerback. He has been a reason that the pass defense has been so good as he has not allowed a touchdown to be scored against him in the secondary. However, one Clemson beat reporter believes that the corner may be limited or even out in Monday night’s championship game.

I've been told the same as others, without much more confirmation than this: Mackensie Alexander might be limited or out with a hamstring.

To show just how important Alexander is for this team, we’ve got a pretty nifty stat.

So shutting down a part of the field is kind of a big deal in this game, especially if it means containing Alabama receiver Calvin Ridley.

And ESPN has confirmed the injury:

Just got a text message from Mackensie Alexander. Confirms hamstring issue. Team will evaluate him during warmups to determine effectiveness