Clemson staff got some ridiculous bonuses for winning the title 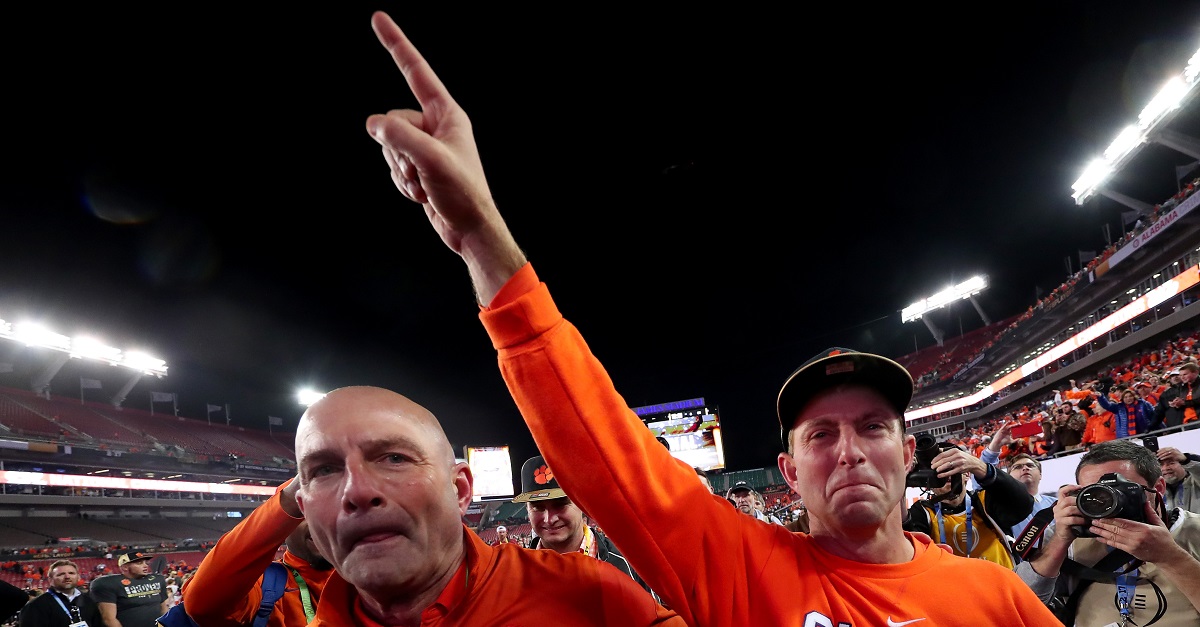 There’s a few perks when you win the national title game. Everyone loves you, you go to Disney World, you probably land a few extra recruits and you get massive bonuses. The Tigers staff got almost $3 million in bonuses for winning the title and bringing it back to campus for the first time since 1981.

Of course, the head coach got the most money, raking in a ridiculous $1.45 million while 16 staffers received at least $70,000 in bonuses. Each of the nine on-field assistants made $95,000 while strength coach Joey Batson and associate athletic director for football administration Woody McCorvey also received that amount.

Aside from revenge on Alabama for last year’s national title loss, the money is a pretty good reason to push the kids hard and get the win that matters most in college football.