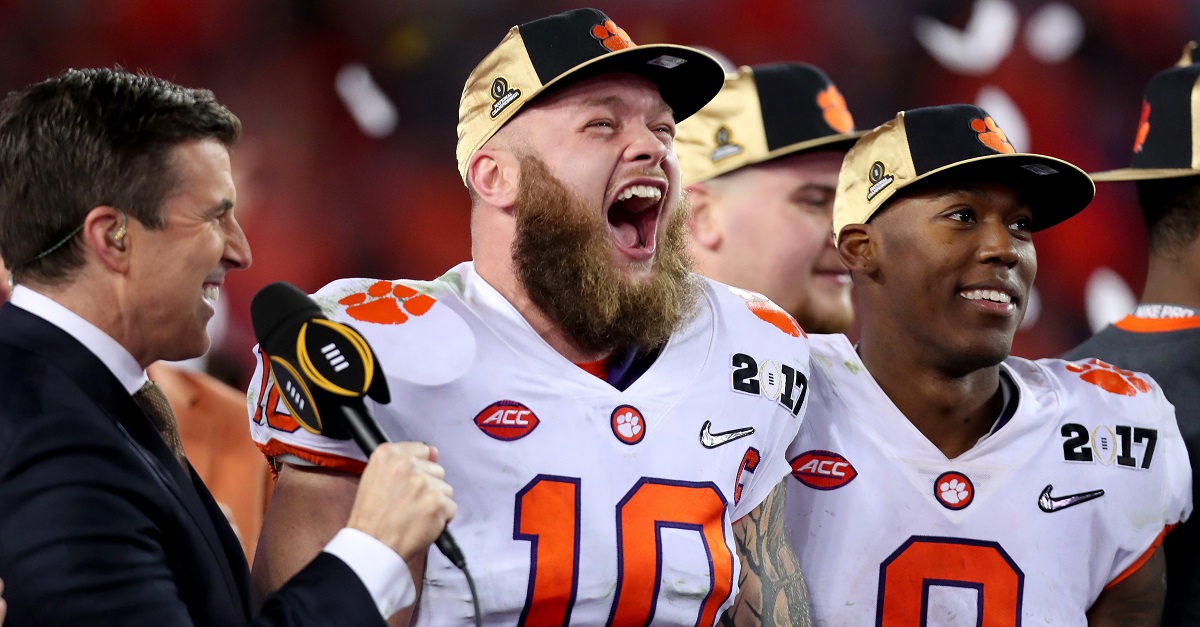 Ben Boulware has always been the underdog since he arrived on campus for Dabo Swinney and the Clemson Tigers. Most people never thought he would start let alone become the unstoppable defensive force he’s become in his four years at the school. He’s been the heart and soul of the defense and so he took some offense when ESPN analyst and former Heisman winner Desmond Howard said he and his linebacker unit was a weakness earlier in the year.

In fact, Howard called the linebackers the “Achilles heel” of the whole defense against Florida State and that prompted Boulware to come back with this tweet and get the better of Howard:

.@DesmondHoward remember saying this? was thinking of a place to put my National Championship tattoo and what better place than my achilles😏 pic.twitter.com/LQqBMrwW3l

That’s some top level troll work from Boulware here. Hopefully he can get another laugh in when he gets drafted into the NFL by a team that likes scrappy underdogs.