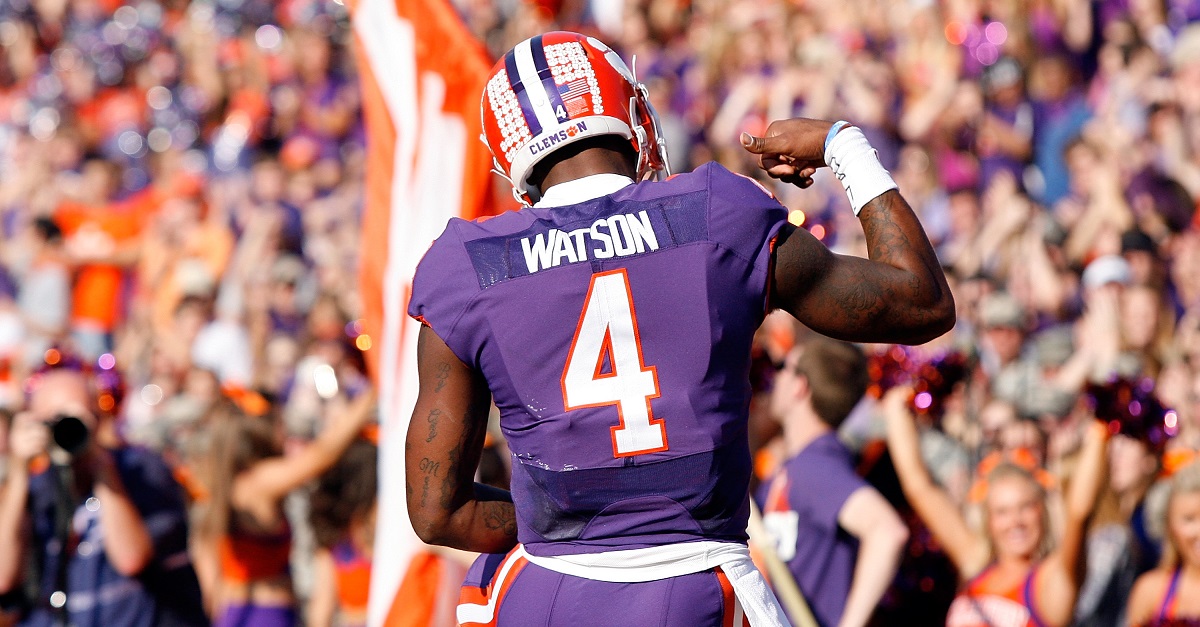 The Clemson Tigers have a ton of offensive talent on the team this year. Obviously, quarterback Deshaun Watson comes to mind as well as receivers Mike Williams and Artavis Scott to go along with running back Wayne Gallman. All of these guys are underclassmen and have been rumored to be thinking about going to the NFL Draft early.

RELATED: One-fourth of Clemson’s greatest receivers in school history are currently on the roster

All of those guys are actually seniors by credit hours, but will be graduating early in December and have a junior designation based on years at the university. And they all plan on going pro.

All four of them will be graduating in December and have indicated to Dabo Swinney that they plan to move on to the NFL after this season. https://t.co/tknytgRBPg

When asked about Gallman and Scott, coach Dabo Swinney was confident that they would make good pros and could absolutely play at the next level.

Dabo On Gallman and Scott: "I think both of those guys are ready to play on the next level. I support them 100%"

Scott is one of 12 players in Clemson history with 14 receiving touchdowns in a career to go along with senior tight end Jordan Leggett and Mike Williams.