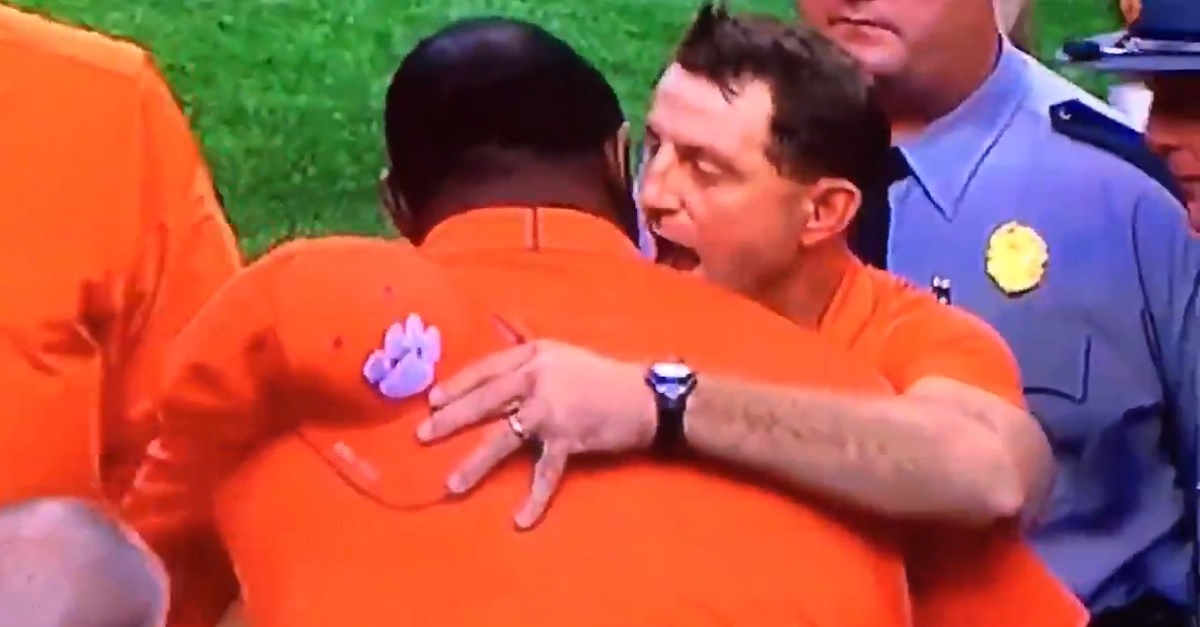 No. 2 Clemson lost 27-24 at Syracuse on Friday night, and the loss could prove to have a massive effect on the Tigers’ season.

In the immediate aftermath of the loss, though, Clemson head coach Dabo Swinney showed that he was all class even in defeat, as Swinney was spotted on camera appearing to tell Syracuse coach Dino Babers that he was happy for him.

Dabo is all class. Can clearly see him say "I'm so happy for you" to Dino Babers after a potentially season changing loss. pic.twitter.com/2M5nsLtARC

In a weird way, you could almost view this as Swinney paying the classy gesture forward to another head coach; Alabama head coach Nick Saban gave Swinney a similar gesture after last year’s national championship game, as Saban searched for Swinney for minutes on the field following the game in order to give his praises to the Clemson head coach.

Clemson is now 6-1 on the season and 4-1 in the ACC. They will have the week off next week before their next game, which is an Oct. 28 contest at home against rival Georgia Tech.