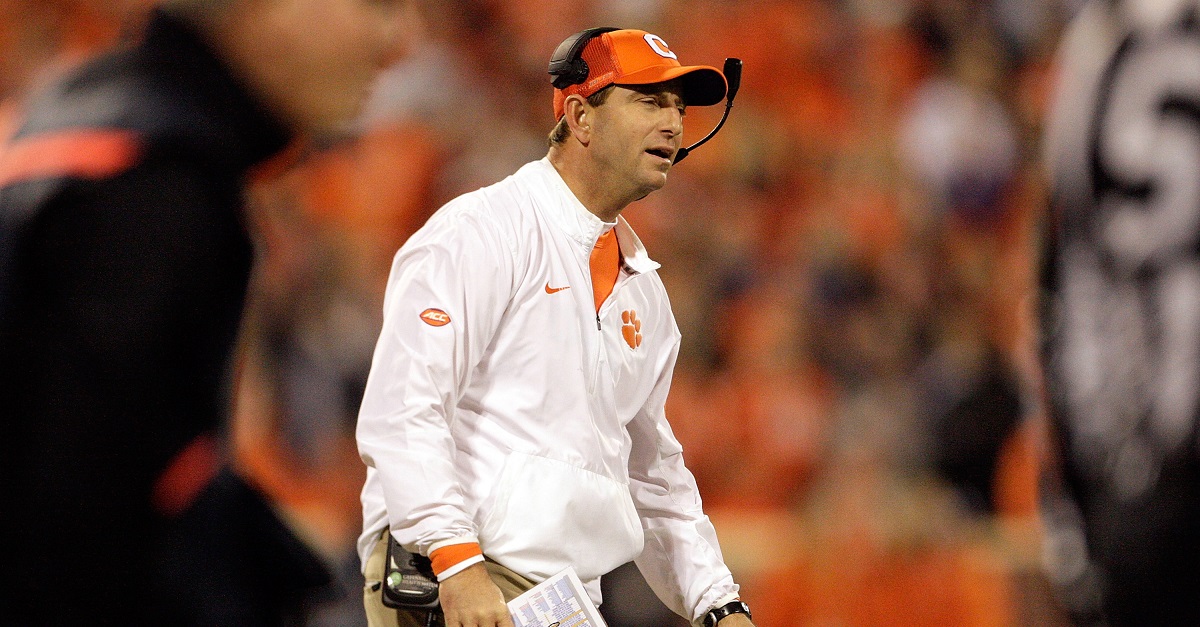 Several South Carolina players claimed that Clemson players were using racial slurs against Gamecock players on Saturday during the rivalry game. Clemson ultimately won the game 56-7, but of course not without any controversy.

RELATED: Dabo Swinney showed Will Muschamp the ultimate sign of disrespect ahead of intense matchup

When asked about the reported slurs, Clemson coach Dabo Swinney addressed it head on and said those rumors were false.

Swinney on report of racial slur prior to USC game: "I asked my guys about that. To a man, absolutely false. I believe my guys." #Clemson

Regardless of if the rumors are true or not, this will certainly make next year’s game a whole lot more tense.