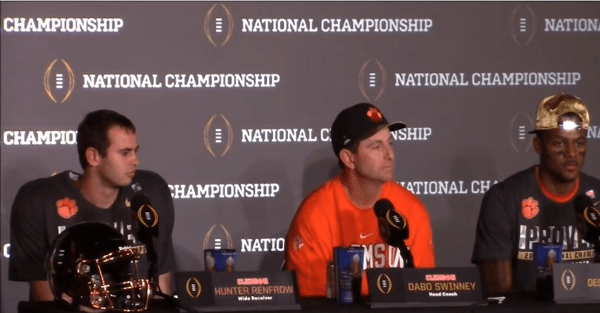 Colin Cowherd was one of many people who didn’t think that Clemson could beat Alabama, but he went even further than that in November. He called Clemson a “fraud” and said they would  “get their ears boxed by whoever they play” in the postseason.

Dabo Swinney caught wind of the comments and absolutely unloaded on him in his post-game comments. He had absolutely no regard for Cowherd’s life and ripped him apart:

“The only fraud is that guy, because he didn’t do his homework. I hope y’all print that.”

And that is definitely going to get printed by everyone. The Tigers ended a 26-game winning streak for Alabama and of course dismantled Ohio State 31-0 to get there too. Not sure there’s recovering from that one for Cowherd.