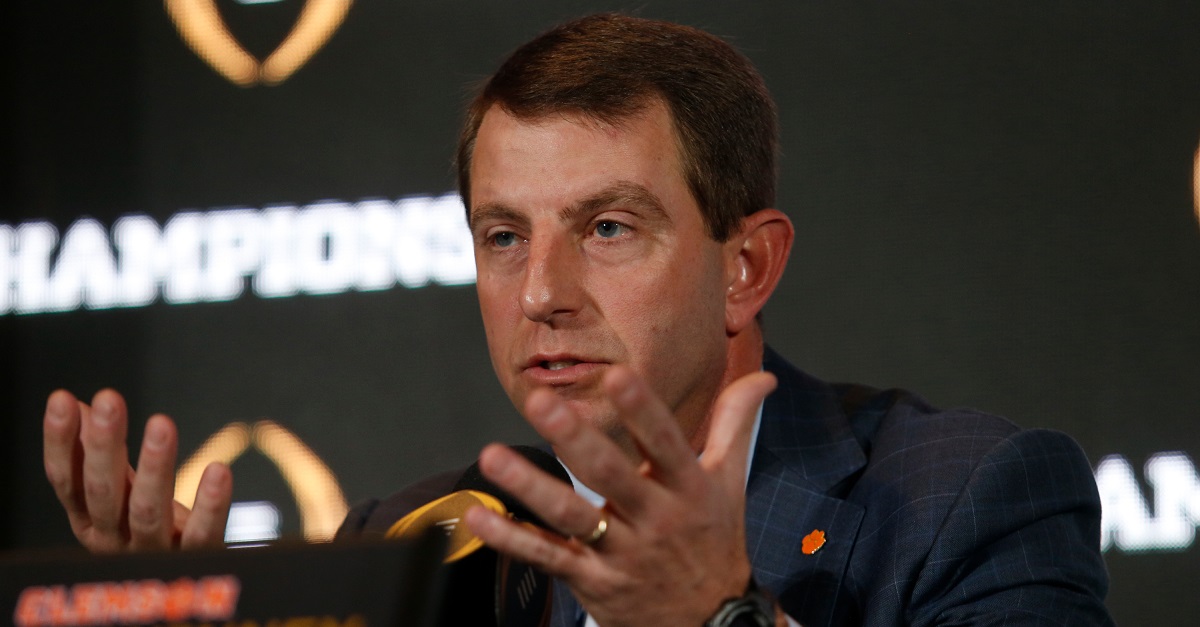 Dabo Swinney had some pointed comments about the potential transfer rule changes that would allow college athletes to transfer to schools without having to sit out a year. He was pretty adamant that it’s a bad idea and that it would create anarchy in the sport.

“You look at what’s on the table now is free agency and total chaos,” Swinney said of the currently tabled proposal that would allow players to move between schools prior to graduation without sitting out a year. That wasn’t all he said though as he explained why he thinks the proposal is a terrible idea.

Here’s all of what he said via ESPN:

“You’ll have a lot of bad things happening,” Swinney said. “Right now, the NFL has college scouts, but they also have an entire NFL scouting department where they’re just studying players from other teams, and that’s what’ll happen in college. That’s exactly what’ll happen. They’ll be paying attention to, well, Johnny didn’t play this week, so let me make that call to him.”

Swinney is complaining about kids being able to act as free agents, but coaches get paid and can move teams freely at will with no consequences. Why shouldn’t the kids who committed to them have that same freedom? Especially if the coach and a school have an ugly divorce. That leaves these kids potentially playing for a coach they hate and maybe getting phased out of a team unfairly.

These rules will surely change the complexion of college football if they do ever get approved, but it’s looking like that will be quite some time down the road.