ESPN’s Mel Kiper has some hefty criticisms about Deshaun Watson 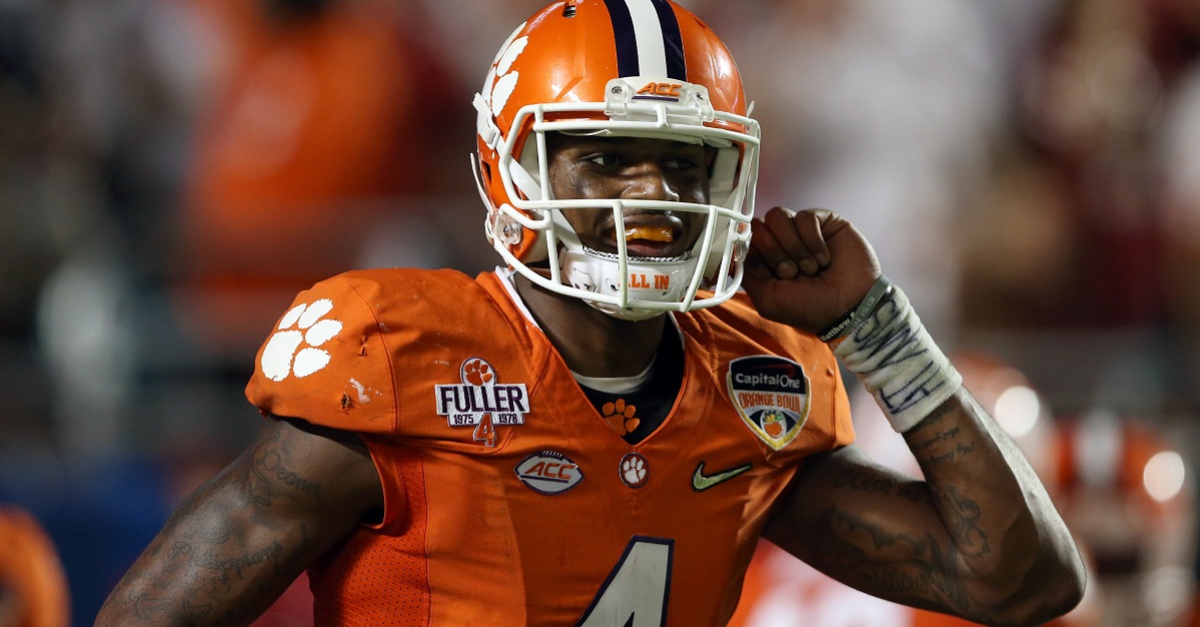 Deshaun Watson was an outstanding college football player during his time with the Clemson Tigers and that culminated with a stellar performance in leading his team to a National Championship victory over the Alabama Crimson Tide. With that on the table, Watson has not ascended to the consensus top spot among quarterbacks in the upcoming 2017 NFL Draft and ESPN analyst Mel Kiper Jr. believes there is some sound reasoning behind that and why Watson did not claim the Heisman Trophy at the college level.

As part of an interview with ESPN’s First Take (h/t Tiger Net), Kiper said the following:

“The questions about Deshaun Watson are accuracy and precise passing. So Watson, when you watch Mike Williams you gain more of an appreciation for the receiver and less so the quarterback because he is making great catches when the ball isn’t accurately thrown. In college, you get away with it, in the NFL you don’t. Windows are much bigger in college, tighter in the NFL. Watson’s accuracy is in question, and I think that is why Trubisky will go ahead of him.

Watson was made by those two games. Say what you want, but he didn’t win the Heisman for a reason. He didn’t play great early. He was considered a second or third round pick at midseason. People still had questions about his ability to be precise throwing the football.?

This isn’t the first time that Watson has been questioned with regard to accuracy, but it is a reminder that shooting up draft boards based on end-of-season play isn’t always the best method of evaluation. On one hand, Watson was tremendous throughout his college career from a production standpoint. On the other, he played with tremendous supporting talent and many quarterbacks have been unable to successfully transition to the pro game.

Deshaun Watson has the tools to be a big-time NFL quarterback but Kiper isn’t alone on this island and NFL teams have a big decision to make.