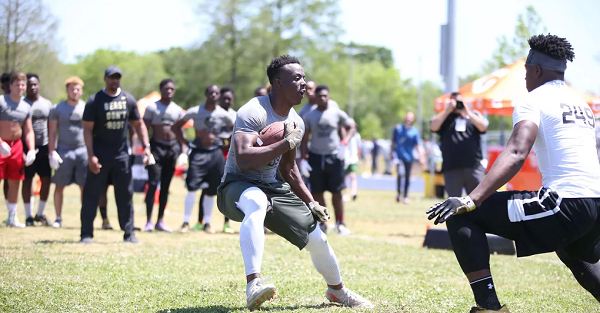 Four-star running back Travis Etienne was set to make his commitment today (Thursday) and he didn’t flake on it like some other recruits have been doing. It came down to Clemson, LSU, Tennessee and Texas A&M and recruiter Tony Elliott fended off all of them to fill a huge position of need for his school:

It didn’t end there though as Etienne also decided to take his parting shot at one school that didn’t make the cut:

He called it "the real Death Valley" #LSU

The 5’11”, 210-pound running back is the No. 16 recruit at his position according to 247Sports. He’s also the No. 8 recruit in the state of Louisiana and that will make the sting of that recruiting defeat much worse for the SEC Tigers.