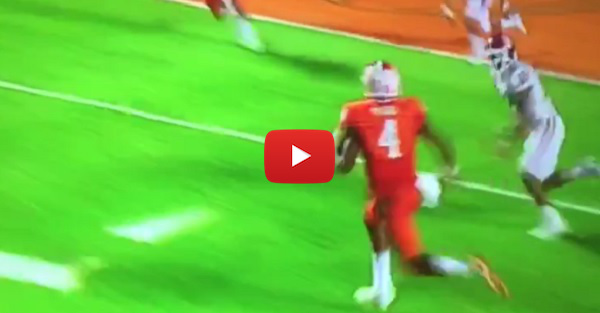 Clemson handily beat Oklahoma 37-17 in the Orange Bowl to advance to the College Football Playoff, but it was not without its reffing controversies.

At the start of the fourth quarter, Clemson was driving and was deep in Oklahoma territory when the play in the video above happened. The refs initially called a block in the back on Clemson’s Artavis Scott, which on replay, looked like the correct call. However, the officials decided to pick up the flag, giving Clemson the easy opportunity to score a few plays later and make it a 20-point game.

Would confirming the penalty have changed the outcome of the game? Probably not, as Clemson’s defense did more than enough to keep Oklahoma from scoring for the rest of the game. However, an enforcement of a 15-yard penalty definitely could have kept Oklahoma within two scores.