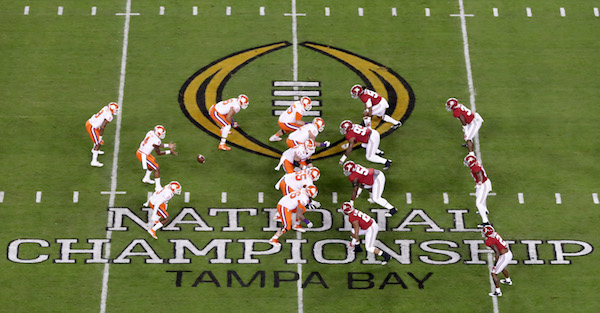 Jake Fruhmorgen has moved through the college football world in interesting fashion. Now, it appears as if he has a new transfer destination and it is Waco.

Colt Barber of SicEm365 brings word that the former Clemson offensive lineman will be joining the Baylor Bears program and he has reportedly been accepted to the school to the point where he will arrive this week. Fruhmorgen was a U.S. Army All-American at the high school level before playing two years with the Tigers but, following his sophomore campaign, word broke that he would be transferring to Florida to join the Gators.

With that said, Fruhmorgen did not stick with the program for very long, leaving the Gators amid reports that he was considering full-blown retirement from football. The latest report indicates, though, that the talented offensive lineman “did not feel comfortable” in Gainesville and never actually attended a class on campus.

Fruhmorgen is expected to be available to play right away and, after starting eight games in 2016 at Clemson, there is no reason to think he couldn’t contribute in a big way for the rebuilding Bears. There is no official word, at least at this point, about his arrival on campus in Waco but Fruhmorgen should provide another option along the offensive line and that isn’t a bad thing for Baylor in the immediate time frame.