Four-star safety Leon O’Neal Jr. names the four schools that could be his next ‘home’ 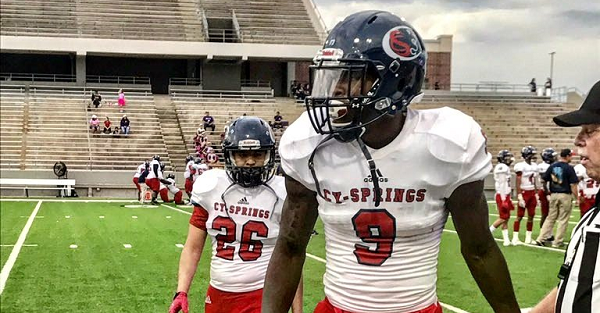 Four-star safety Leon O’Neal Jr. has over 30 offers to play football and he’s narrowed it down to just four ahead of the early signing period. He released this video on his Twitter making the announcement:

Clemson, Georgia, Oklahoma and Texas A&M are some real heavy hitters for the Cypress, Texas native. He’s ranked as the No. 9 safety in the class of 2018 and the No. 8 recruit in the state according to the 247Sports Composite rankings.The 6-foot-1, 190-pounder also has offers from Alabama, Houston, LSU, Michigan and Ohio State among others.