Mackensie Alexander does not have nice words for Calvin Ridley 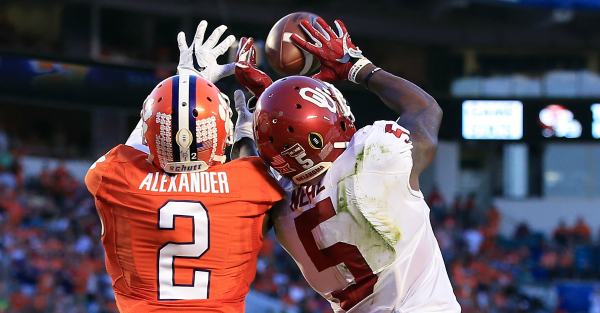 Clemson All-American cornerback Mackensie Alexander is never short on words. He loves his trash talk and while most people will compliment their opponent to avoid giving out bulletin board material, Alexander is not about that life. He’s likely to be covering Alabama’s freshman sensation receiver Calvin Ridley and is not going to be heaping praise on him any time soon.

?I?m not about boosting their guys up. I?m all about earning everything because I?ve earned everything my whole life. So I?m not going to sit here and sell anybody dreams and talk about the guy, how talented he is. I respect all of my opponents. But when it?s time to go and compete and go out there, I don?t have time to boost anybody?s ego or tell them how good they are. I don?t stroke anybody, but then nobody stroked me my whole life.?

The redshirt sophomore hasn’t allowed a passing touchdown in 23 games and only allowed two catches for 27 yards in the Orange Bowl against Oklahoma. Alexander wouldn’t say if he will cover Ridley man-to-man, but I can imagine that matchup will occur at some point Monday night when Alabama and Clemson meet for the National Championship game.