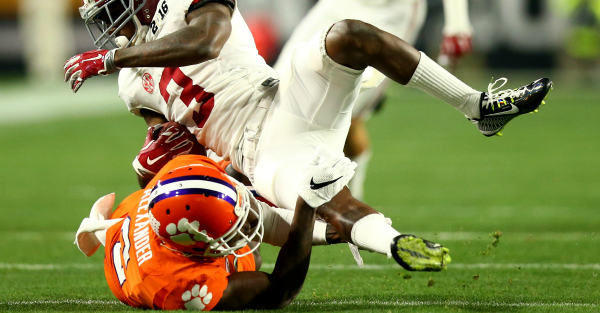 Clemson cornerback Mackensie Alexander is questionable to return to the National Championship Game after injuring his left hamstring on a tackle of Bama running back Derrick Henry. He went back to the sideline and got his hamstring worked on by the training staff, but it looks like he is unlikely to come back into the game.

And someone who’s been covering football for a long time knows what that grimace and ice means.

Cornerbacks with icebags taped to their leg generally don't come back into the game.

And for some confirmation: