Nation’s top recruit is down to two schools 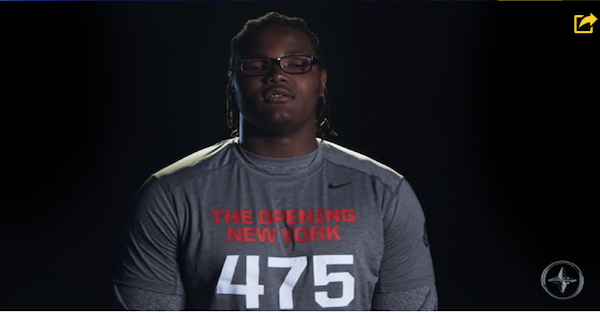 Rashan Gary is the nation’s top recruit for the class of 2016 and he is now down to two schools. It’s either going to be the ACC’s Clemson Tigers or Big Ten’s Michigan Wolverines. The 6’4″, 285-pound defensive tackle from Paramus (N.J.) Catholic High School had his final official visit to Clemson this past weekend and it sounds like his mom, Jennifer Coney, enjoyed the visit a whole lot.

She also said that the football players weren’t threatened by Gary and that they fully embraced him as one of their own while he was on campus. Gary is set to make his announcement at 1:10 p.m. on Wednesday.