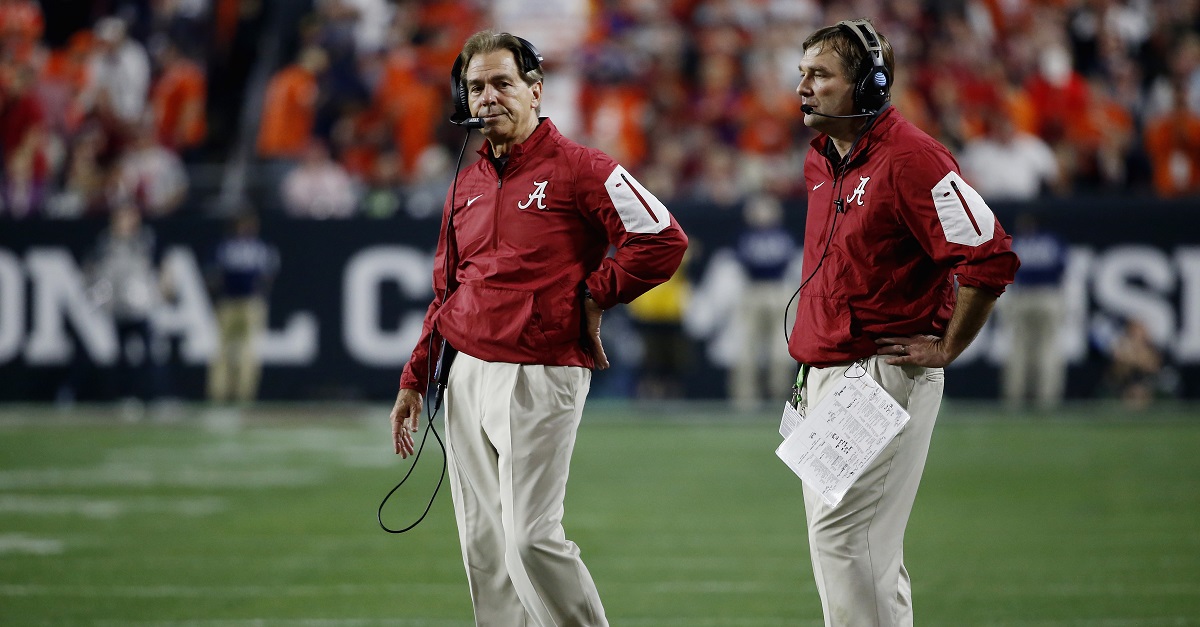 Nick Saban is no stranger to former Clemson and current Houston Texans quarterback Deshaun Watson, having faced him in each of the last two national championship games.

However, its the Tigers’ current quarterback that could be an even bigger problem for the Crimson Tide, at least according to Saban.

During his press conference on Friday, the Alabama coach praised Kelly Bryant, who he said “may be a better runner, if that’s possible” than Watson.

Nick Saban on Clemson: "The quarterback now may be a better runner, if that's possible, than the guy we played the last two years."

That’s a scary thought considering Watson recorded more than 1,000 yards during the 2015 season and more than 600 in each of his last two years at Clemson. However, Bryant is already off to an impressive start since taking the reins as the team’s starter, recording 646 rushing yards.

While the legendary Watson nearly doubled Bryant’s passing totals from 2017 during each of his last two seasons, both do possess similar attributes, especially when it comes to their mobility.

However, that should be a focal point for Alabama, who ranked third overall nationally in rushing defense, while preparing for its rematch against Clemson in the College Football Playoff on January 1 in Baton Rogue.

There’s no denying that this matchup will once again live up to the hype, as it has during the past two seasons.