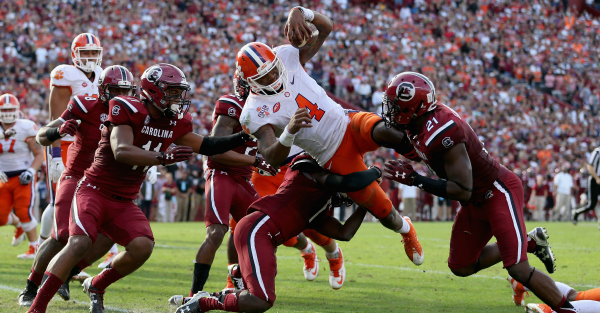 The Clemson-South Carolina rivalry is one of the oldest in college football and it seems that it’s alive and well. Former Gamecock linebacker Corey Miller called it “hypocritical” that Clemson would brag about winning the Orange Bowl and 14 games.

#Clemson football got new rings! I remember when they laughed at #GamecockFootball rings for 11 wins pic.twitter.com/nLfb9FgDah

11 wins are not quite the same as 14 and an appearance in the College Football Playoffs though. Clemson also went to the National Championship and narrowly lost to Alabama 45-40. Some guys just want to compare apples and oranges though. Clemson has sustained its excellence for almost a decade now while South Carolina’s program has almost fallen off a cliff.