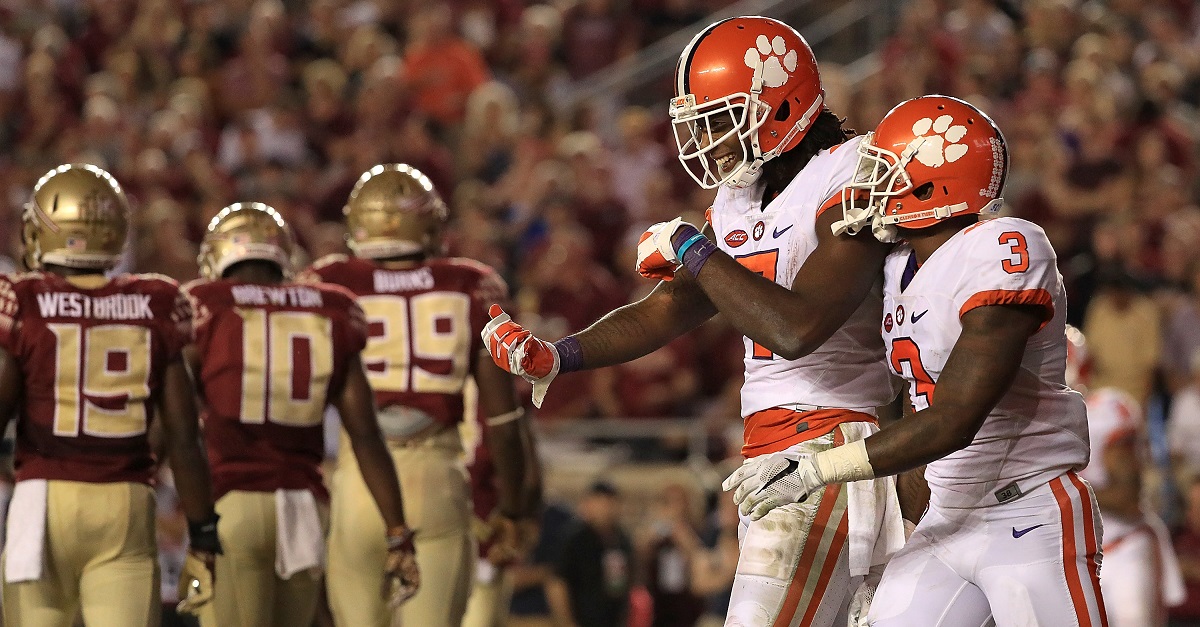 Clemson has become synonymous with great receiver play and putting those guys into the NFL. Jaron Brown, Martavis Bryant, Adam Humphries, DeAndre Hopkins and Sammy Watkins are all guys that come to mind. That trend isn’t changing any time soon as this stat might demonstrate.

Only 12 players in Clemson history have had 14 career receiving touchdowns. Three are on this roster. A Scott 16, Leggett 15, M Williams 14.

It’s pretty surprising that only 12 players in all of Clemson history have only caught 14 touchdown passes, but one-fourth of them are currently on the roster with a couple more guys ready to take their spots. All three of those guys are draft-eligible this season so it’s very possible that all three get taken by a professional team in April.