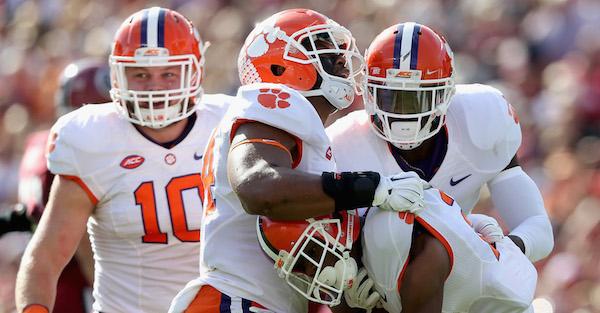 It appears that two definitive leaders have emerged for transferring Clemson defensive back Adrian Baker.

The former four-star recruit announced that he would be transferring from Clemson last week, and he immediately gained interest from a myriad of schools. According to 247Sports, Baker will be taking two official visits in the spring to Oklahoma State and Texas Tech.

“Texas Tech has been saying they will use me how Clemson did my sophomore year (in the slot and outside),” Baker said. “I talk to (Red Raiders assistants David Gibbs and Karl Scott).

Baker has also reportedly been in contact with Kentucky, Miami, UCF, and Iowa State, among others.

Baker, an ESPN four-star from the 2013 class, will be eligible for the 2017 season as a graduate transfer. Baker missed the entire 2016 season with a torn ACL, and his last major play with the Tigers was in 2015, where he recorded 13 tackles and two interceptions in 12 games.