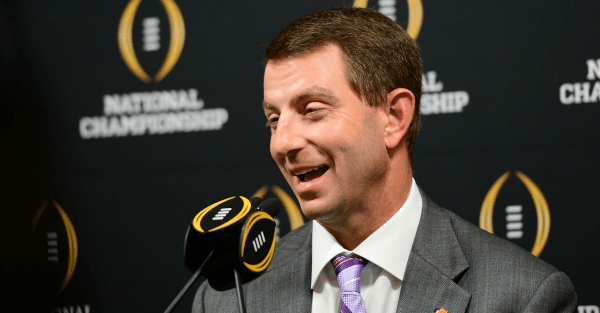 Clemson is set to add two high school coaches to its staff. The Atlanta Journal-Constitution reports Clemson will add Mickey Conn of Grayson High School in Georgia as a defensive quality control coach. The Rock Hill Herald and Football Scoop add that Kyle Richardson from Northwestern High School in South Carolina will also join the staff, but the role and title have not been reported.

Conn coached some Tigers before they made the jump to the ACC like Wayne Gallman, Ryan Carter and Nick Schuessler. Northwestern High School athletics director Lauren told the Rock Hill Herald that Richardson is “not a coach that we wanted to lose but we certainly wish him well. Kyle has taken Northwestern?s football program to the next level and we?re gonna look to continue that success.?

It sounds like Richardson’s hire should be made official fairly soon by Clemson considering it sounds like he’s already resigned from his position at the high school. Conn is also a former teammate of Swinney’s when he was playing at Alabama.