Some Clemson fans got a bit too rowdy after the national championship, and they paid for it immediately 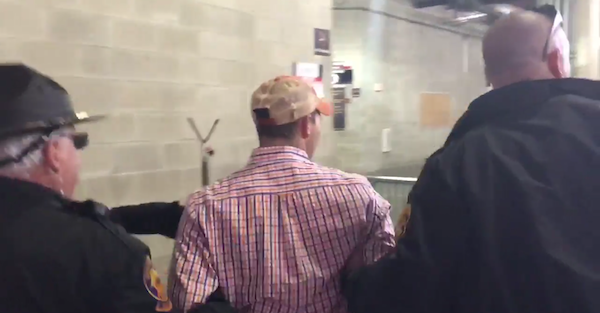 Before Monday night’s victory over Alabama, Clemson hadn’t won a national championship since 1981. So it’s understandable that fans were over-the-top excited about the victory.

Related: Did Clemson get away with one on play that stunned Alabama?

However, a couple of Clemson fans were arrested while celebrating the win, and they had to be escorted from Raymond James Stadium.

Clemson fan being escorted out in handcuffs pic.twitter.com/3Fzf0IdOve

Apparently Deshaun Watson’s touchdown pass to Hunter Renfrow with one second left wasn’t enough, so a memorable night became unforgettable for these two Clemson fans. They regret nothing. Maybe.