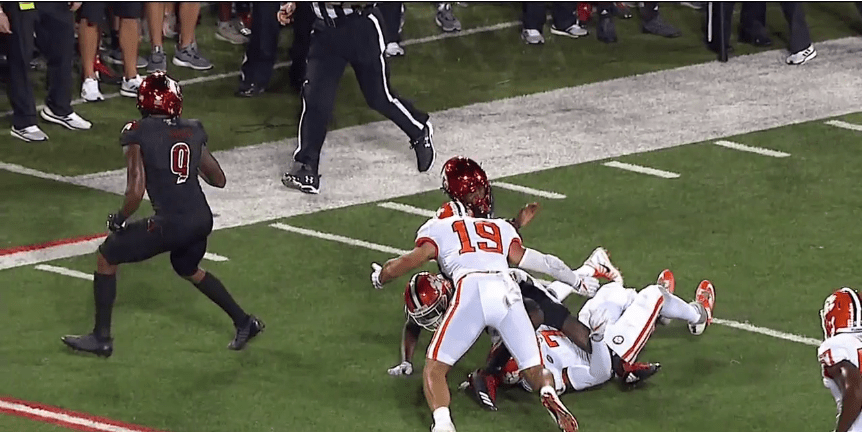 Clemson was going to need all the defenders it could muster to beat Louisville and its high-powered offense featuring Lamar Jackson. However, they’ll be down redshirt sophomore safety Tanner Muse for the rest of the game as he was ejected for targeting Jackson on this hit:

This is a pretty clear call as Muse was leading with the crown of the helmet even if Jackson was not considered “defenseless” at this point. That’s pretty textbook and was the right call by the officiating and replay crew. It was also a pretty dirty hit considering Jackson couldn’t get himself out of harm’s way and was already on his way to the ground.

The one good thing about this happening so early in the game is that the defense can adjust and he won’t miss any of the next game either. Muse had recorded 12 total tackles in the two games before this one.

Clemson and Louisville are tied at 7-7 after one quarter of play.