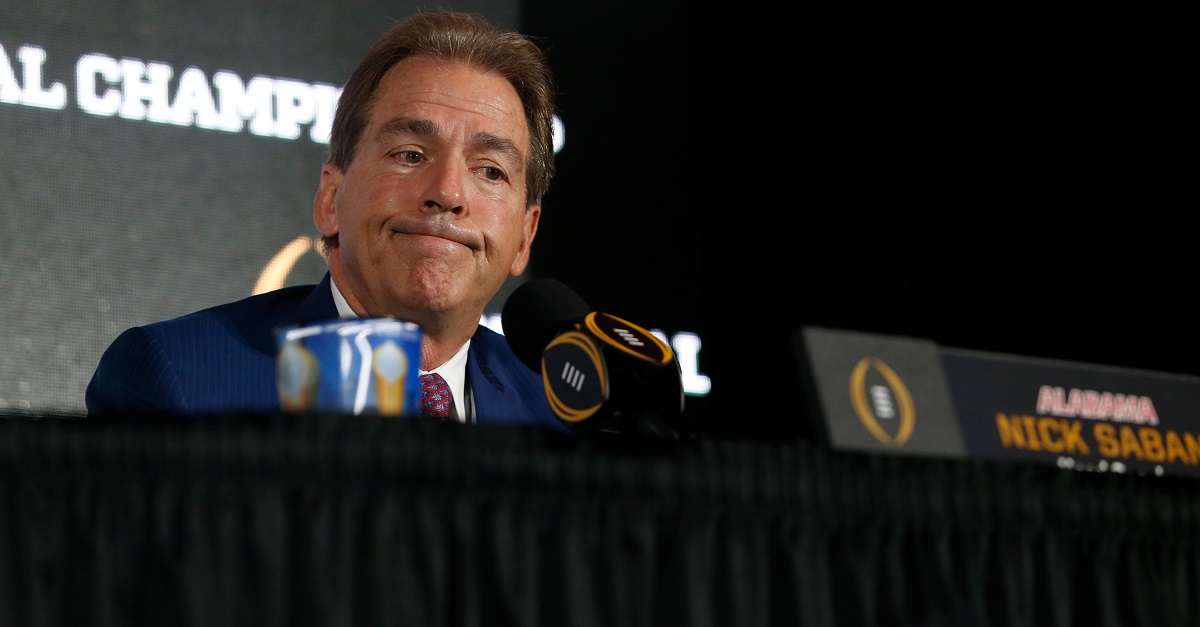 After having some time to think on it, one SEC analyst has decided to go all in on one of the most bizarre College Football Playoff selections over the past few years.

Last month, the SEC Network’s Cole Cubelic named his four Playoff teams, which were Ohio State, Alabama, Washington, and North Carolina State. A month later, Cubelic has changed his Pac-12 pick from Washington to Stanford, but he is keeping his confidence in the Wolfpack out of the ACC.

The ACC Atlantic is a pretty loaded division with Clemson, Florida State, and Louisville all competing for a spot there. If N.C. State really does find a way to defeat those teams, then they would certainly be deserving of a spot in the Playoff.

Actually accomplishing that task, though? That’s another story, and that makes it difficult to believe that N.C. State will find their way into this year’s Playoff.