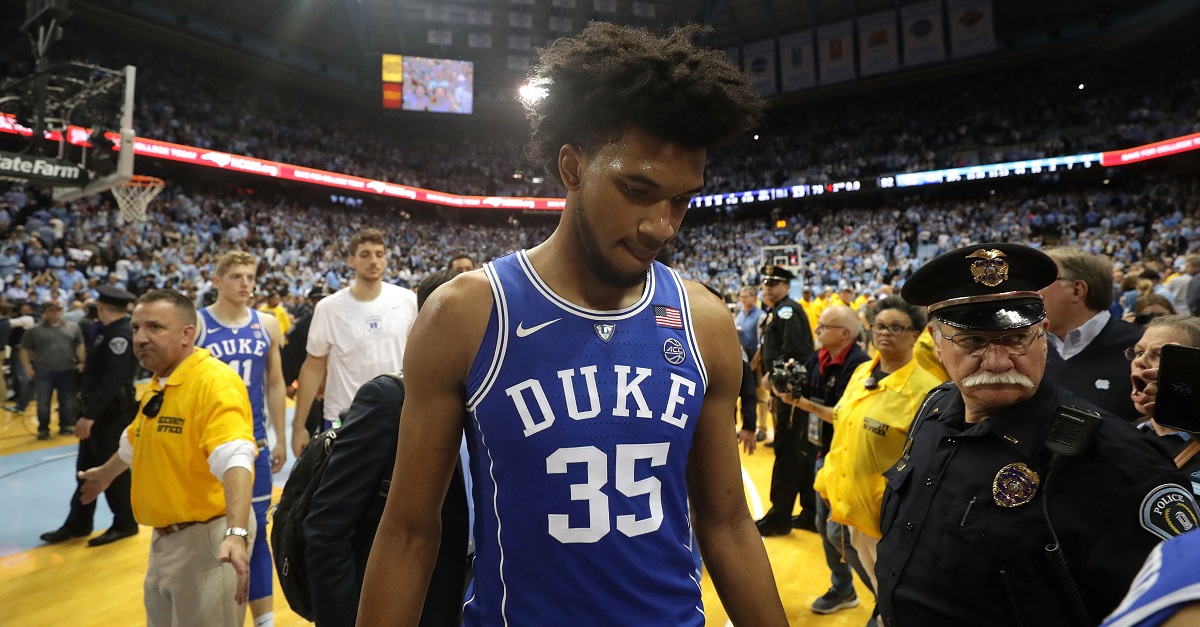 Bagley has been battling a knee sprain that is still described as “minor,” but has no timetable set for his return, according to Jones’ report.

BREAKING: Marvin Bagley III will miss his 4th-straight game, tonight when Duke plays Louisville. Bagley's knee sprain is still described as "minor", but no timetable has been given for his return.

We're there live, tonight at 6 on @WNCN pic.twitter.com/Jh8yrlOzqS

The 6-foot-11, 234-pound freshman experienced the injury during the first half of the Blue Devils’ 82-78 loss to North Carolina, but still managed to play all but one minute of the game and finished with 15 points and 16 rebounds.

However, he has missed each of the three preceding games, though Duke has managed to pick up victories against Georgia Tech (80-69), Virginia Tech (74-52) and Clemson (66-57), respectively in that span.

Bagley led the ACC in both points per game (21.2) and rebounds per game (11.4) during 21 appearances. He has experienced several minor injuries in the past, but none of which caused him to miss extended periods of time.

Duke currently ranks second in the ACC with a 10-4 conference record behind Virginia (13-1) with four regular season games remaining.