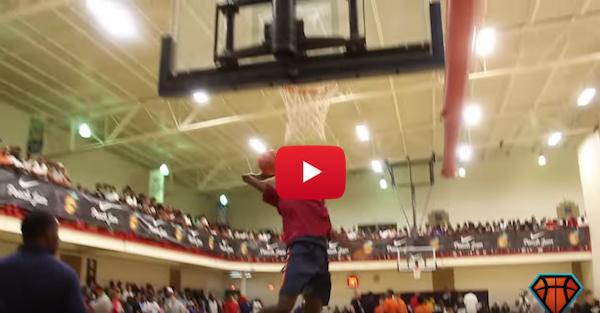 Jon Isaac is a five-star center expected to go to FSU in 2016, but he has told Sports Illustrated that he may go straight to the pros. He is a high school senior, but he started in 2010. He is now at the IMG Academy in Florida playing in his fifth year of high school basketball.

Isaac said in a phone interview that he expects to take advantage of a new rule that allows prospects to enter the NBA draft and return to college if they don?t feel good about their projected draft position. The new rule allows Isaac to participate in the NBA draft combine, hold an NBA workout and pull out of the draft without compromising his amateur standing at Florida State.

IMG officials expect that he’ll be eligible for the 2016 NBA Draft since his initial graduating class was 2015. The rules state that a player is eligible for the draft if “the player is or will be at least nineteen (19) years of age during the calendar year in which the draft is held, and (B) with respect to a player who is not an international player . . . at least (1) NBA season has elapsed since the player’s graduation from high school (or, if the player did not graduate from high school, since the graduation of the class with which the player would have graduated had he graduated from high school.”

That sounds like it applies to Isaac in this case and it will be very interesting if this takes some legal action to get done. It could very well set a precedent for future prep-to-pro stars that don’t want to go to college for a year. Kids won’t have to take the Brandon Jennings route of going overseas first to come back to the NBA Draft.