Deondre Francois aced his debut according to these CFB experts 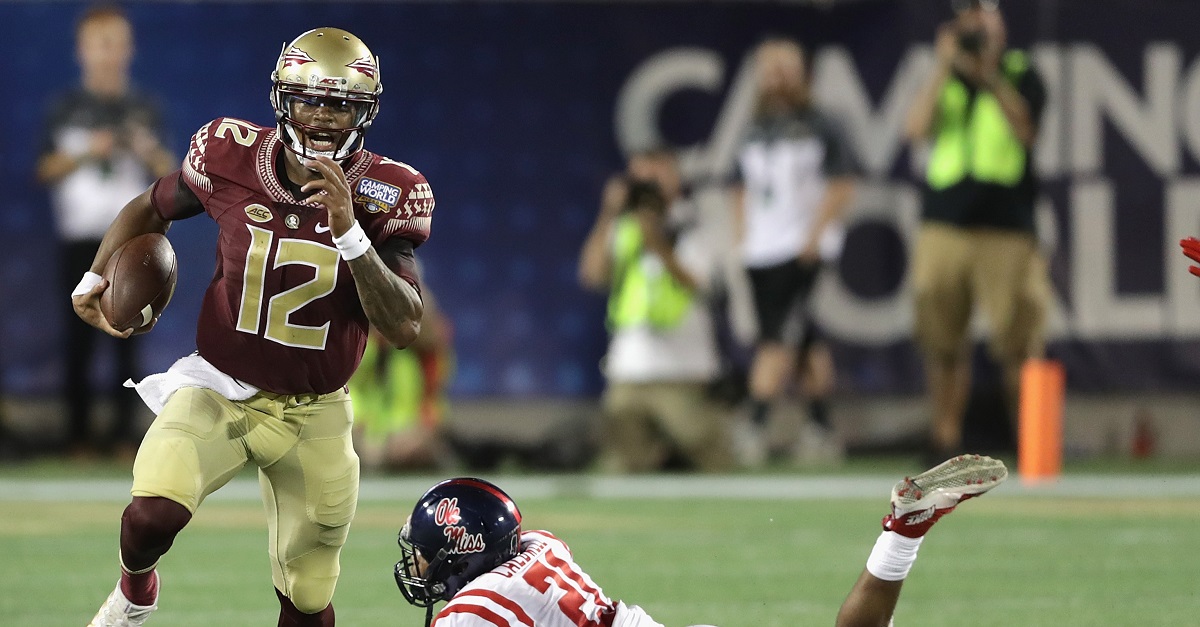 ESPN’s College Football Daily was handing out report cards for all the freshman quarterbacks who made their debut this past weekend. Alabama’s Jalen Hurts was on there and he earned some decent grades, but there was no one who was as well liked as Florida State’s Deondre Francois.

College football experts and analysts Tom Luginbill, Charles Arbuckle, Ryan McGee and Kevin Carter all gave Francois a grade for his performance and it’s safe to say he made the honor roll for the first week of the season. 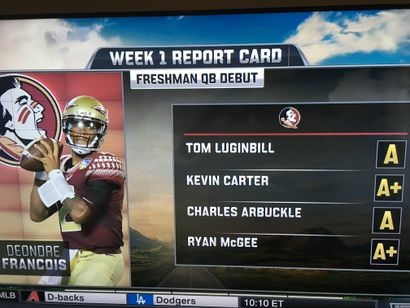 Francois finished the game with 419 passing yards on 33-of-54 passing and had two touchdowns. He also rushed for 59 yards on nine carries to lead the Seminoles to the largest comeback victory in school history.