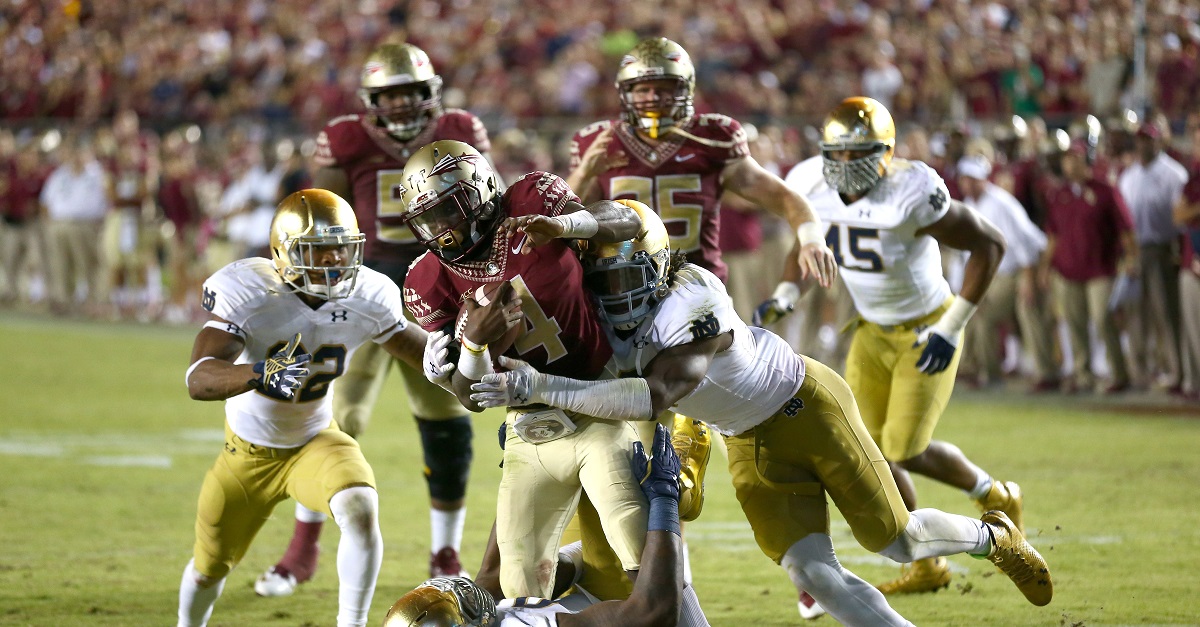 Schools generally like to plan their out of conference schedules years in advance and this latest scheduling is no different. Except that it’s being made a decade to 20 years in advance. Notre Dame is only a part-time member of the ACC so they don’t play a full conference slate and that makes scheduling ACC games a little easier for them.

The two are set to meet in 2018 and 2021 as well with the Seminoles hosting the later year. The Seminoles are 6-2 all-time against Notre Dame with their most recent win coming in 2014. The Seminoles have also won three straight since 2003.