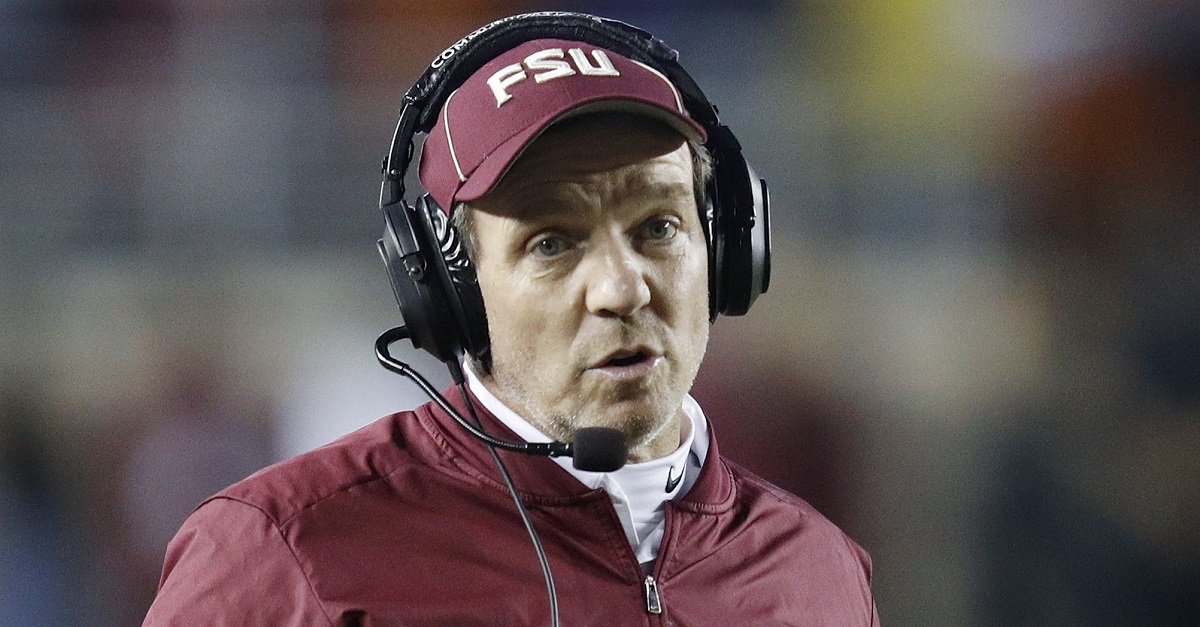 Florida State has played the vast majority of its season without the help of sophomore safety Derwin James. He only appeared in two games before injuring his lateral meniscus and needed surgery. That has kept him out the rest of the season, but it looks like he could be back for FSU’s last game.

While there hasn’t been any official word from the school or coach Jimbo Fisher on James’ injury and recovery, the young man did send out this cryptic tweet:

Is James coming back for the likely New Year’s 6 bowl? We won’t know for sure until Fisher says for sure, but this does bode well for the Seminoles. As a freshman last year, James recorded 91 total tackles, 9.5 tackles for loss and 4.5 sacks.