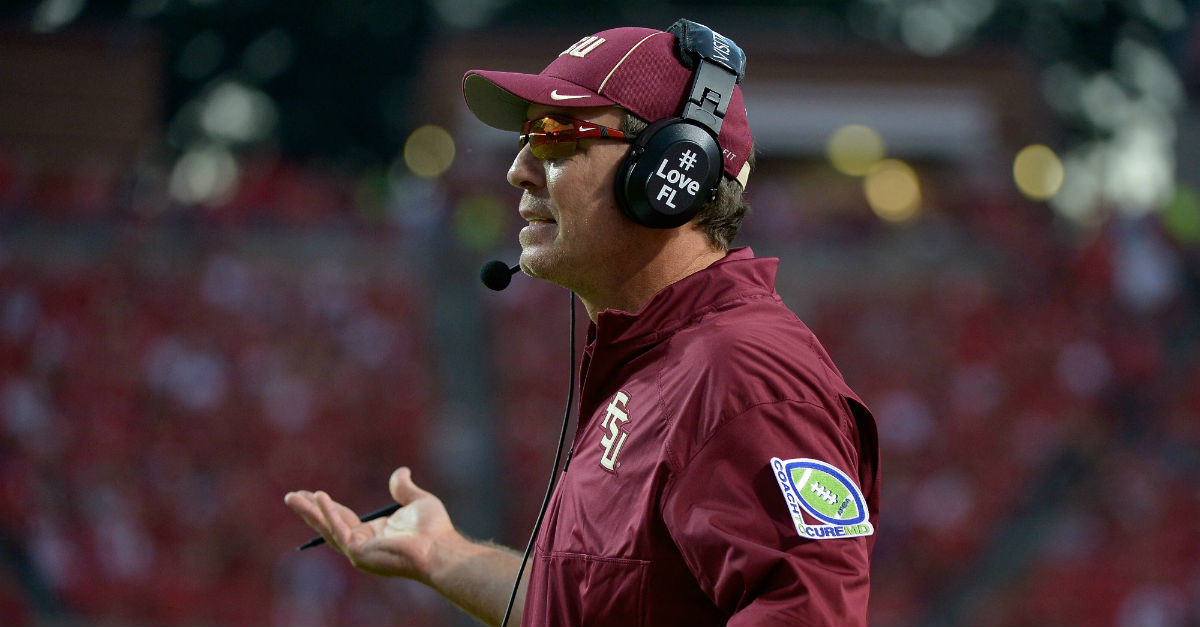 Jimbo Fisher announced on Saturday that freshman quarterback Malik Henry has been suspended following a violation of team rules.

Jimbo says Malik Henry is suspended for a violation of team rules. No further comment on how long.

Fisher did not specify the rule violated, or the length of the suspension.

The 6-foot-3 Henry is a four-star recruit of the 2016 class. He was ranked at the No. 2 dual-threat quarterback by Rivals.

With Sean Maguire out with a foot injury, Florida State is now relying on redshirt freshman Deondre Francois for their season opener against Ole Miss. Sophomore J.J. Cosentino will likely be his backup. Henry was unlikely to play, but with the injury issues that Florida State has faced at the position recently, it definitely doesn’t help to potentially lose some depth at the start of the season.